Sorry no wearing shots - you have to shimmy into it, and Kate the headless can't shimmy. And I'm not inflicting my chubby body on anybody. :grin: (Be glad. Be VERY glad. Maybe when I lose some weight - whenever that might be :sigh: - I'll change my mind.) 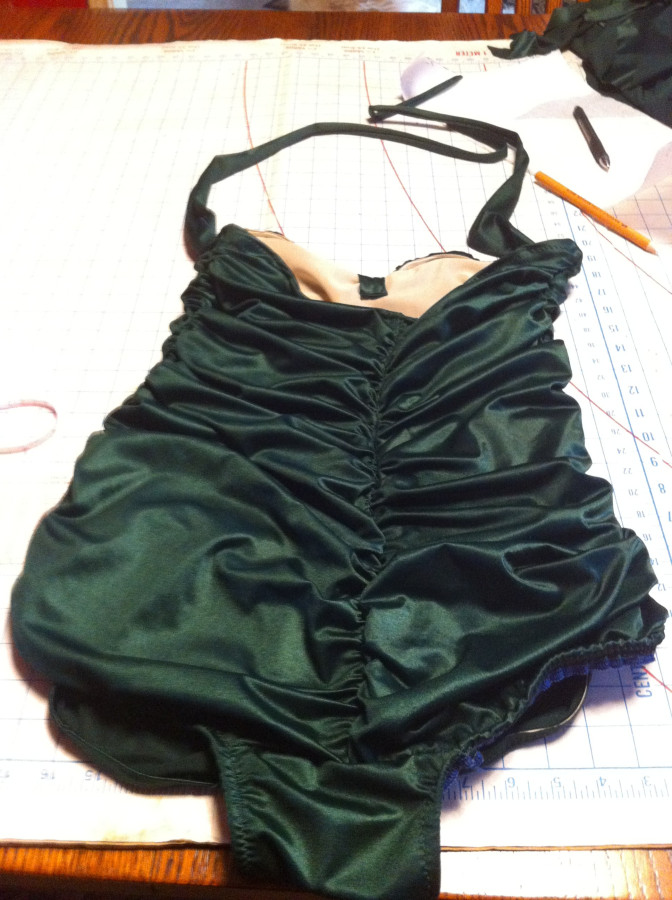 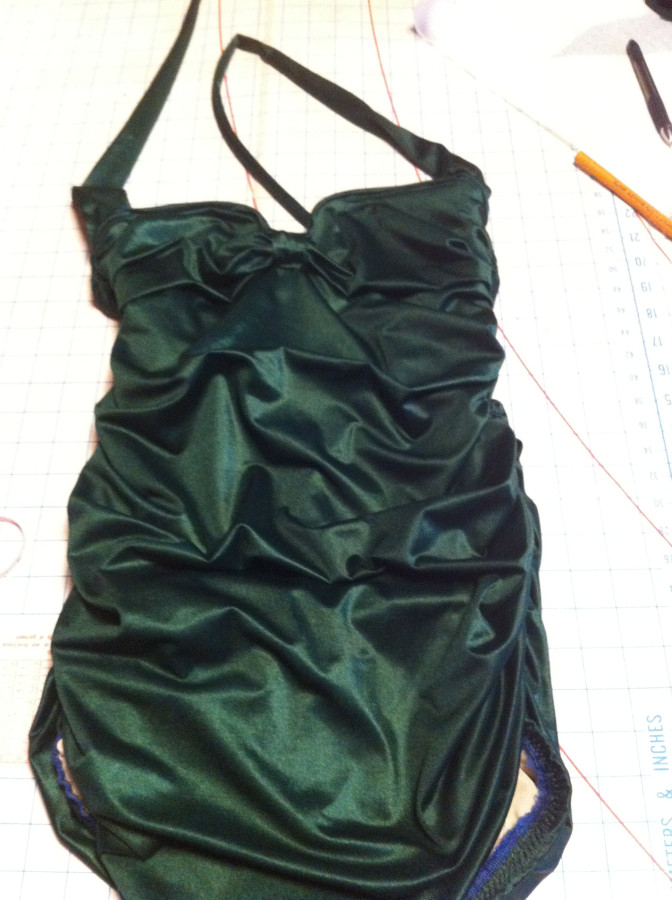 I bought new elastic for this one - the clear crap I bought in the beginning? Sucks to sew with. It's hard to see, it's THIN, and it won't be pinned. I was more careful in my pinning and basting this time...but I'm still getting some rolling along the top front edge. That might be because I used 3/8" elastic instead of 1/4", but it's bugging me.

Anyway. Learned some new things, and I have a lovely, lovely suit to show for it. :grin: We're going back to the fabric outlet later, so I can replace the purple paisley....V.2.1 will have a halter top instead of the sweetheart one. :shrug: I wanna try something different, yet still the same style. :grin:


We're off to the Orthodontist for an evaluation. Fun times......

This entry was originally posted at http://fiberaddict.dreamwidth.org/765400.html. Please comment there using OpenID.

So. Went to the Orthodontist today for a consultation for Herself. I thought that's all it was going to be - a consult. The Ortho came in, introduced himself, did an exam, and laid out what he wanted to do. He said she's got 2 teeth that might need to be extracted - but he wants to wait on that, and see if he can do this without removing them.

Herself was comfortable with him, so I figured we'd set an appointment and get started...and then he said "Well. We have an open slot now - wanna get started?" :gulp:

Now, I had the downpayment....so I said "OK". She needs it - and I knew it, but I kept waiting. I can't keep waiting, though - because jobs aren't guaranteed, and there's NO WAY we can afford to pay full price...especially since Himself also need braces. :sigh:

At least the co-pay isn't out of reach (I just can't do as much "fun" stuff each month now - oh, well. She NEEDS this more than I need books or field trips, y'know?) And the doc is really nice - he told me that he's willing to come in on weekends or after hours if the patient needs something fixed. AND he talked to Herself instead of me most of the consultation - which is impressive. It's HER mouth that's being worked on, not mine, so.....yeah, I was impressed.

She's a little sore right now, because she had to keep her mouth open for an hour, and she's having to re-learn how to talk (she's lisping. It's so cute! :lol:). She opted for Neon blue this month - next month, she wants to change to glow-in-the-dark (you can change colors every month - man, Orthodontics have sure changed since I had my braces way back in 1981!) At least she's not upset over this surprise - we'd been discussing braces for a good 6 months now, so she KNEW she'd be getting them...just not that she'd be getting them *today*. She handled it really, really well - and I couldn't be prouder of her!

We also went and got Himself's eyes examined....$10 later, he has a new pair of glasses coming. Zenni Optical can't even match THAT price! (We do have good insurance...it's just that bifocals/progressives are too expensive. Insurance will only pay up to 80%. Single vision, they pay $150 for frames and 100% less a $10 co-pay.)

I'll save up a bit, then take Himself in.......2 kids in braces at a time won't be fun, but it's do-able. As long as I stay out of the bookstores, that is. :lol: (It's not going to be that bad. Herself's simply took over the slot I was paying on SG's Firestone bill. Himself's will dip into the "extra" funds....but won't hurt us, at the moment. As long as things don't jump in price tremendously, we'll be fine. AND both kids will have decent smiles.)

This entry was originally posted at http://fiberaddict.dreamwidth.org/765474.html. Please comment there using OpenID.
Collapse