I've promised photos, so photos you shall have. :lol: I've been a bit busy lately, so not much knitting has occurred, but there's been *some* - and even 2 Finished Objects! :insert happy dancing here: 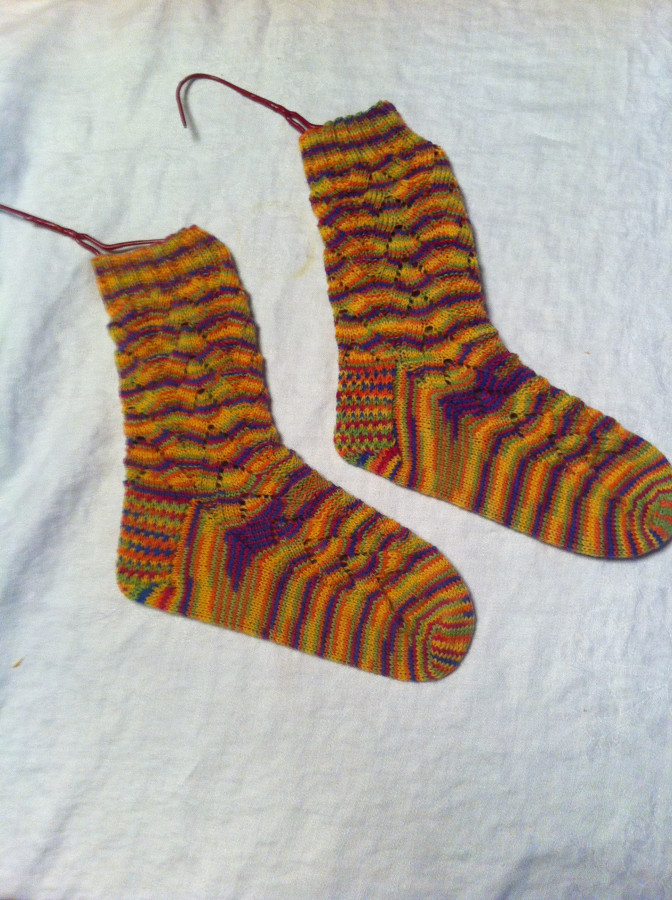 Yarn is JL Yarn's Salvia in...some bright color way. The yarn's been in the stash for a good 4 years, so I'm not sure it's even still available - but she LOVES it, the socks turned out great, so all's good.

Next up, the never-ending hat project - SG's Chullo: 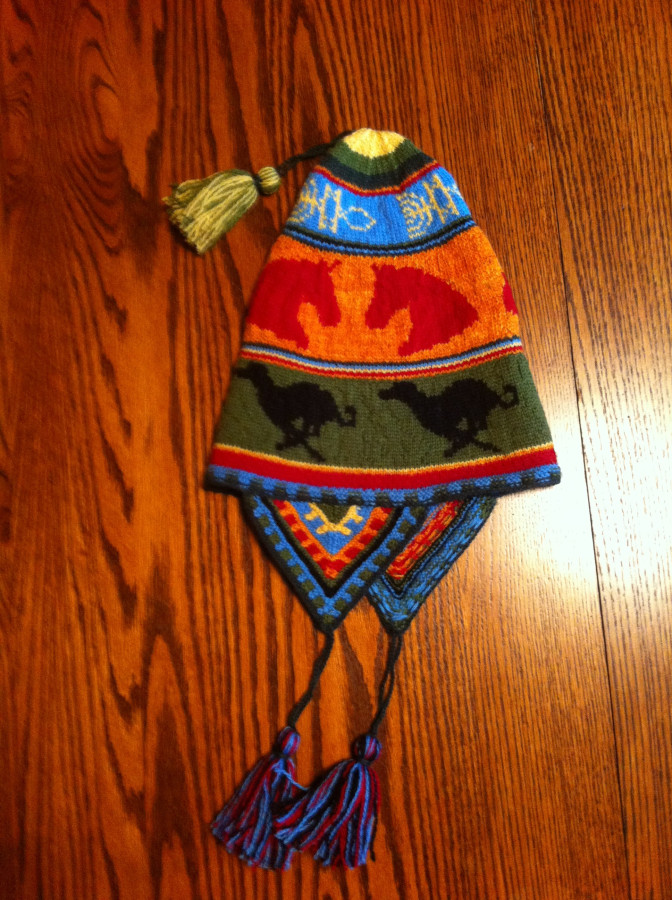 This bloody thing's been in production for....4 years? 5? Ever since I did mine (points at avatar), SG's been agitating for one of his own...but he couldn't settle on the motifs. Last year, I put my foot down pinned him down to 3, and started work.

And promptly stalled in the orange/red horses, because the colors didn't amuse me, the pattern wasn't intuitive (I had to flip every other horse, and I didn't graph them out, and....:ugh:). I picked it up a few weeks ago, though, because I figured it'd make a nice prezzie, and I wanted it DONE. It's done now, and it looks great, and he loves it, so - win/win!

I'm currently working on Himself's chullo-style hat. He requested one not so long - more watch-cap like - with his own designs worked in. I handed him a yarn catalog, some graph paper, and colored pencils and turned him loose. He chose 4 colors (I had 2 in appropriate yarn - how great is that? :lol:) and had fun.

And now I'm having fun, turning his graphs into a hat. Photos of it will be forthcoming - it's not at a point conducive to photos yet. (The earflaps are done as is the first motif, but....you can't really *see* it yet. So, I'll give it a bit more knitting before staging a photo shoot. :lol:)

The socks are still going - but they're my travel project, so they only get attention when we're out and about.

Need to go get school together - this week's ALL messed up thanks to FA and his.....not very friendly (nor competent - when you've been there a year and STILL can't get the routine stuff done as you're supposed to, you're not very competent. Add in a switch to new software that I wasn't made aware of - a 5 second email would have prevented me sending slightly stern emails, y'know?) staff. :big sigh: As a result, Herself is all ferhoodled, our schedule is shot all to Hell, and I'm trying to figure out how to fit everything IN that has to be done, in a schedule that was already modified to include 1 day in the Office. Yeah, I'm still only in the Office 1 day, but it's a DIFFERENT day, which means my previous mods are no good and I have to figure out how to reschedule a rescheduled schedule. (Don't mind me, I'm just pissed. Especially since I've been told *I* have to deal with it, because MY time isn't as valuable as theirs is. BS...but never mind me. I'm just the one who writes the checks - I'm not important at ALL.)

This entry was originally posted at http://fiberaddict.dreamwidth.org/772310.html. Please comment there using OpenID.
Collapse