Photos or it didn't happen, right? :lol: Here's Himself's chullo - he designed the graphics himself, and chose the colors/order. 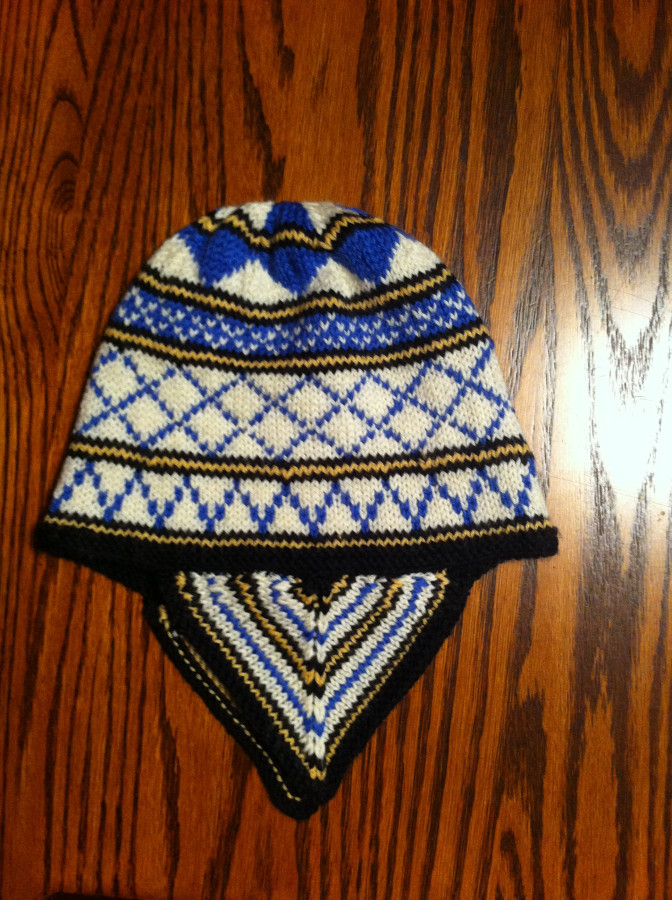 The top gave me fits - I've never done colorwork while doing decreases. To add to the fun, he wanted an 8-pointed star.....I ended up purchasing a pattern...that I then didn't use. :sigh: I looked at it, saw what the designer did...decided it was too fiddly and did my own thing. Ah, well - the purchased pattern is cool, and I may use parts of it in something else. :lol: 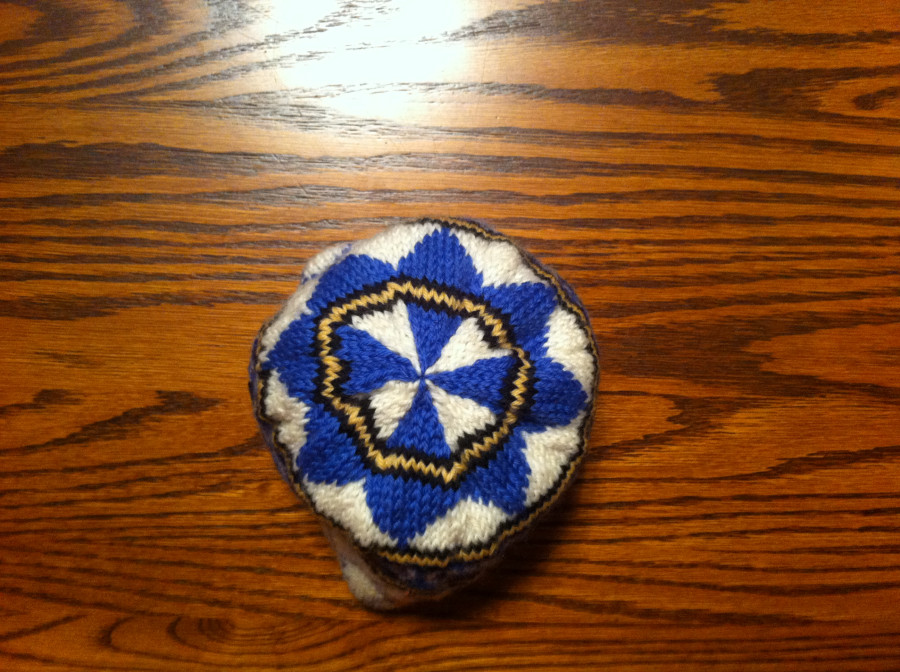 (The top really is more round than it appears here - it was hard to fold up the hat and keep it round while it was sitting on the table. Just....it really is more geometric than it looks here.)

He's completely thrilled with the finished hat - AND he said he'd actually WEAR it. :huzzah!:

What I'm working on now: 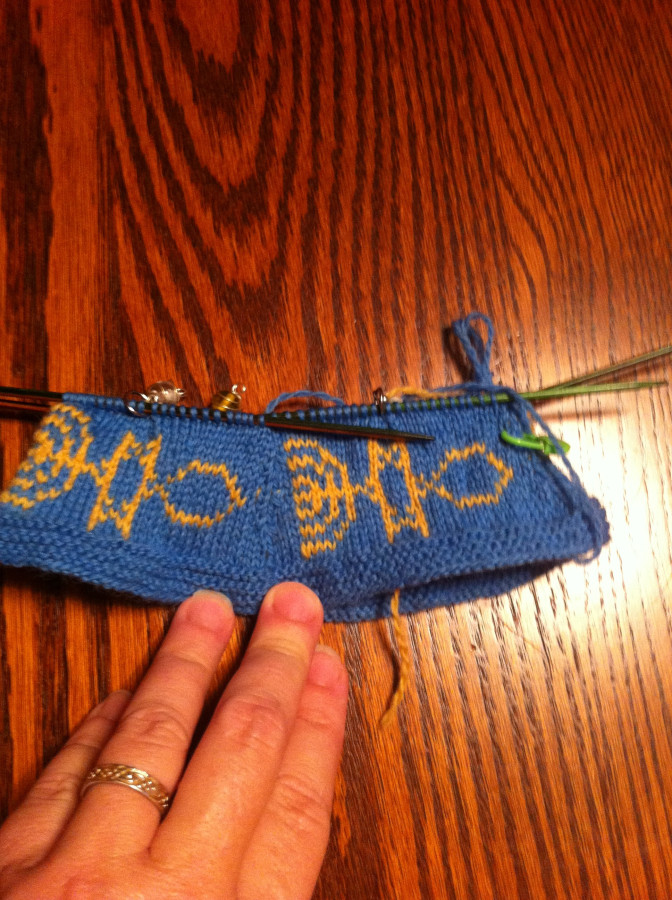 A kippah with the Messianic symbol on it. Fun stuff - I'm now at the crown decreases. I need to decrease it pretty quickly - it's pretty "tall" now, and I need to "end it" before it becomes a hat instead of a kippah. No biggie - I'm doing double-decreases in 8 spots to keep it round instead of square-ish. Shouldn't take too long to finish - the fiddly fun stuff is done; this is just straight knitting.

All this color-work has gotten my imagination running wild. SG and I have been talking...IF I get a bonus this year (I should, but I try to not count on it before I have confirmation...and I can't even begin to guess how much, since Mrs. B's been squirrelly over it ever since I went part-time. :sigh:)...I want to buy a bunch of fingering-weight wool to do colorwork stuff with. Yes, I COULD spin my own...but. I'm looking at super wash wool, which is machine washable....I don't have any super wash roving on hand (which would mean BUYING wool......) - frankly, I'd rather buy a collection and start knitting, and save the spinning for "luxury" stuff (like my cashmere. And SG's kilt hose - I'm almost ready to start plying the yarn! 3-ply frog hair is just not fast to spin...and it's tedious. Even with my production wheel it's TEDIOUS. I wanna KNIT!!!! :lol:)

I also need to stock up on cheese starters, a few more molds, and some more soap boxes (for the liners I already have). If necessary, I'll wait for the IRS refund, but I'm hoping I can get at least some of this soon-ish.

Yesterday was our Fair day.....:meh: Wasn't too impressed with the knitting/crochet stuff that was entered (it was all good, but...nothing really unique, y'know?). The paintings were also :meh:.....and there was a lack of vendors handing out samples this year. SG talked to a beekeeper....looks like hives are on the agenda (NOT for me, though - I'm allergic. Hives to a whole new level...:lol:). At least it was still rainy!

Oh, and a funny: We got to the Fair, and there's a fountain. SG told Himself he'd pay him $5 if he'd run through the water.....so Himself DID. He got SOAKED - it was hysterical, and Himself enjoyed every minute of it. Even though he squelched his way thru the fairgrounds. :lol: (Yup, he got his $5, too. :lol:)

This entry was originally posted at http://fiberaddict.dreamwidth.org/773529.html. Please comment there using OpenID.
Collapse