I've been busy, trying to finish some UFO's. These are DONE (as of last night) - here, photos first, then blather: 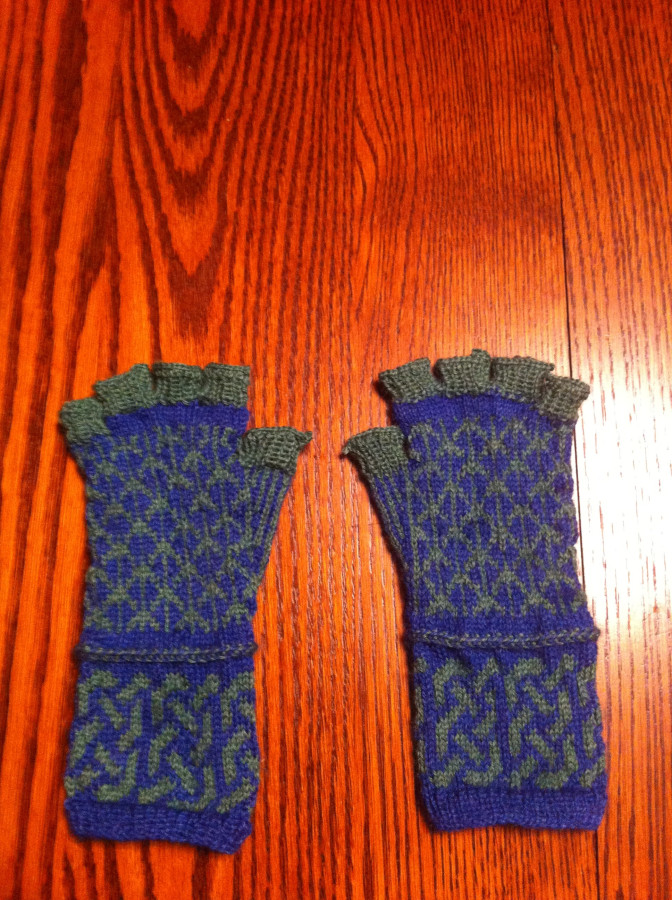 Close up of patterns: 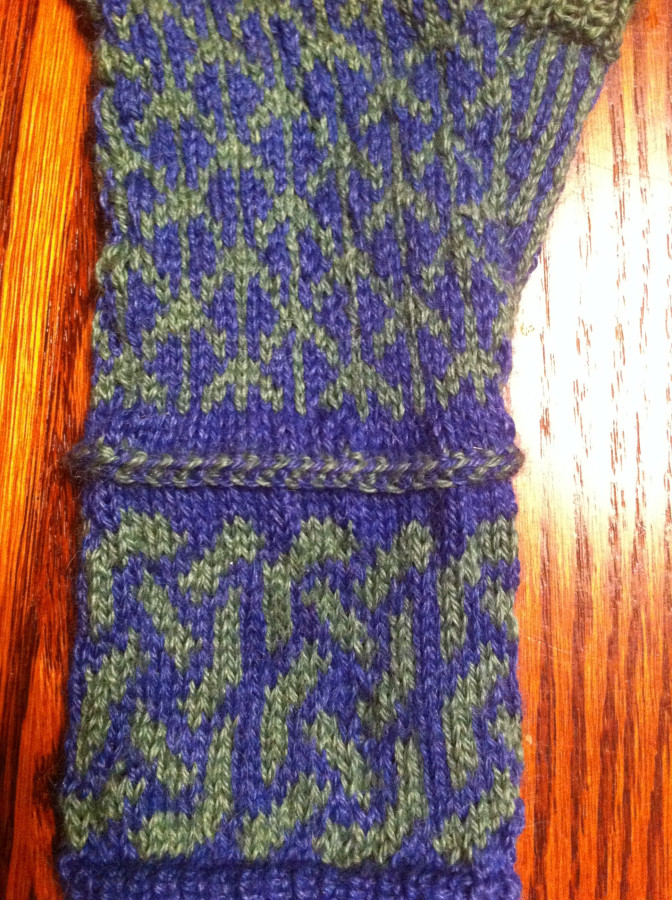 They still need blocking, but hey - they're DONE! And warm! Too bad they're too "fancy" for barn work...:lol:

Pattern is Black Forest Braided Gloves (ravelry link) from Nanette Blancherd designs. The pattern is well written, and it's a straight-forward knit. Easy-peasy! (I think the link takes you to the purchase page - if you hit the "x", it'll land on the pattern page. Sorry!)

I.....do NOT like knitting fingers. It HURTS - few stitches, with the entire glove hanging down. So, I think any future mitts will have NO fingers, just a few rounds of ribbing at the base of the fingers. Unless I can knit the finger-parts separate, then graft them on....I need to think about this.

Work yesterday. Um. FA's office manager is...well, she needs to either buckle down or find something else to do, because it was - and is! - a cluster-muck of almost epic proportions. She quit doing 1 part of her job (an important part! Has to do with what I bill the client!), and had to catch up. And...didn't. So I didn't get to finish MY job yesterday, and don't think I can do it today (we won't be near a computer). So...the billing's going to be delayed. Somehow, I'm sure it'll morph into being MY fault....:bangs head:

Anyway. That's 1 UFO moved to the FO pile. I have another 2 pairs of socks (1 of which has sat since 2006. Oops....:lol:), a sweater (the back is done, as is half of 1 front.), and a shawl. There's another pair of socks somewhere - they're modular, though, and I lost interest in it after finishing the first one. (Each "row" is a set of mitered diamonds. You start with 1, then pick up stitches on one side, CO an equal amount, and miter down, then do it again. I think it's 7 per "row"....and you have to CUT the yarn in between each one. I...don't like weaving in ends, and I don't like all the picking up and CO that goes on....neat idea, but....:meh: I think that pair is going to move to the "lost" pile.)

I think the sweater is the next at-home project. It's mindless (well, as mindless as cable-knitting can be), which means I have time to *think*. I'm wrestling with some stuff right now, and mindless knitting helps me focus and work stuff out. (And pray - because mindless knitting is GREAT for prayer sessions.)

This entry was originally posted at http://fiberaddict.dreamwidth.org/774620.html. Please comment there using OpenID.
Collapse