so this'll be light on content, but heavy on photos. Or something.

Snips: We had to take her back to our vet yesterday. She was Zombie-dog; almost totally catatonic. I had bugged him all day Tuesday, because of it, and he said - at first - it was attributable as side-effects of the phenobarbitol. Um, yeah, the drunkeness, the weak back end, the blindness, the deafness are all attributable to it...but this was something MORE.

Wednesday AM he told me, OK, he'd take a look at her, but it was probably just the normal things...until he saw her. Nope - this was MUCH worse. He thinks she is very very sensitive to the drug, and has taken her off of it and is flushing her to try and get it out of her system. :sigh: (What the hell, it's only money, right?) We went to visit her at lunch time; she's still out of it, but was actually responsive when we petted her. She's still not *there*, but she's eating now (a little, and only licking the food off of a spoon - she's not *eating* by herself yet). He's worried, but thinks she'll be back to "normal" at some point. No idea of when she'll get to come home - but we're praying.

To take my mind off of her, I needed something.....complex, yet mindless. Yes, such a thing exists - SpillyJane's "Prickly Thistle" mittens. Only, I don't need mittens, being in Texas and all, so I did some surgery on the charts... 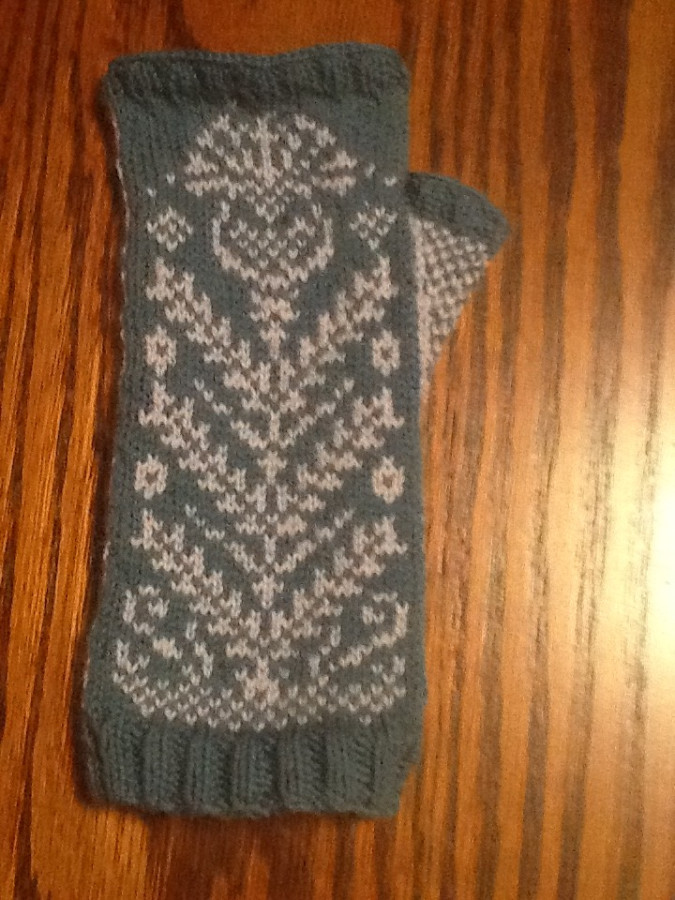 This is the back of the hand. How could I NOT need this pattern - it has the Blessed Thistle of Scotland on it!

And the palm is just as lovely: 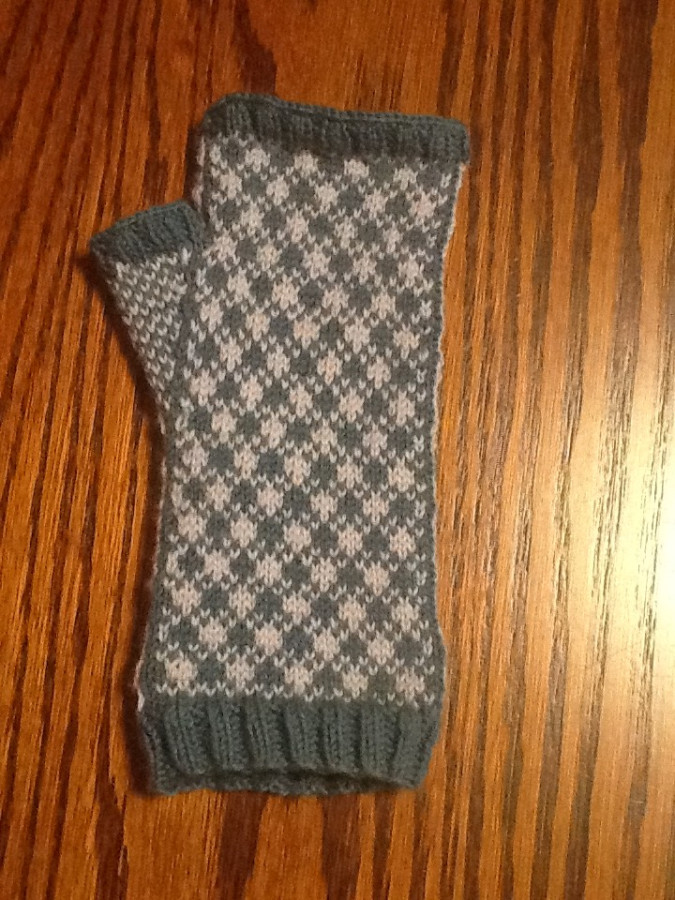 It definitely needs blocking, but it'll wait until I get the mate done. I removed 1 repeat of the leaves and changed the thumb to a gusseted one, instead of the "sore" thumb that SpillyJane loves so much. Me, not so much - it's not as comfortable on my hand as a gusseted thumb is. My chart looks like something belonging to Frankenstein, but it works. Hope I can read my scribbled notes as I knit #2. :lol:

This is the last set for me for the moment. I have 2 pairs I want to make for others (and more for me, but I can wait. :lol:)....and I need to work on SG's tam. But not now, because he's off all next week, and stealth knitting isn't possible when the recipient is watching and commenting on your current project. :sigh: and :lol:

I've got a post brewing, but am too brain-dead to make sense of it - but. Actions speak louder than words....and if you claim to be a Christ-follower, you need to keep that in mind. Especially this time of year. More later.....

This entry was originally posted at http://fiberaddict.dreamwidth.org/778738.html. Please comment there using OpenID.
Collapse