I FINALLY finished my socks:

Do you know what they are? :lol: 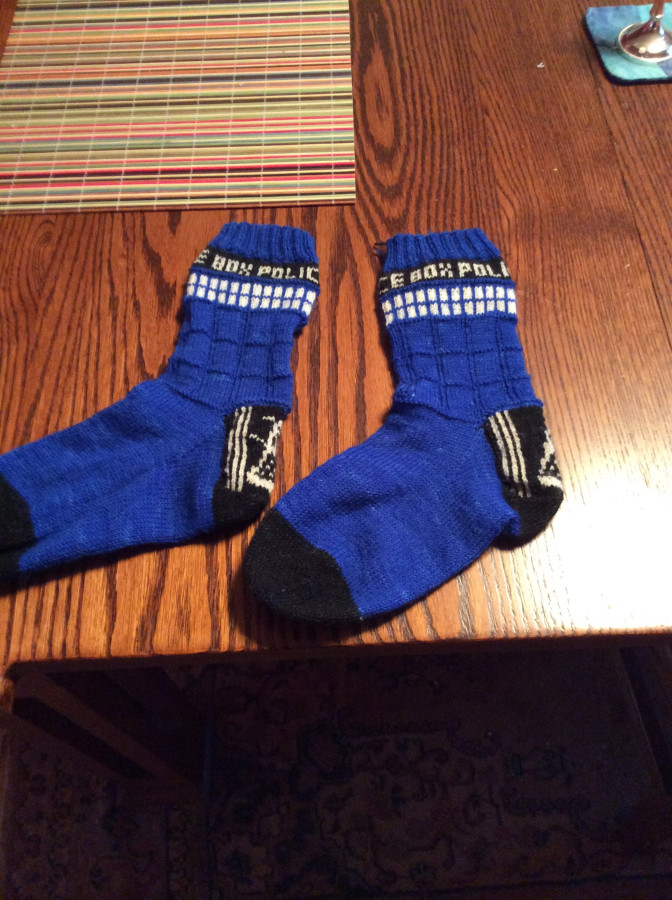 It's the TARDIS! And look at the heels: 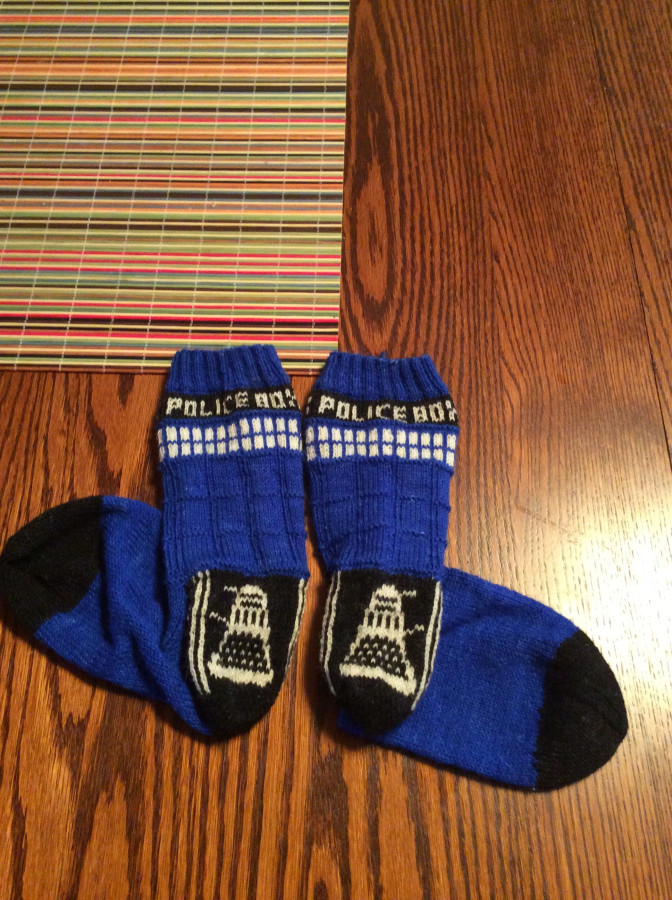 Daleks! I wanted to knit in EXTERMINATE....but I didn't have enough stitches for that. That's OK - I have another pattern that Herself wants. They're Dalek socks....and cute. :rofl: That'll be later, though....I need to get over the never-ending rounds of BLUE knitting I had to do to finish these. The fun stuff is all over at the start - you have a little bit more on the heel, but it's mostly mindless knitting in BLUE. :sigh: I'm working at Himself's kilt hose, but I'll be finding another color work pattern soon, I think. Or maybe a cool texture pattern...we'll see.

Riley and Chloe had a meet'n'greet at the vet today. He thinks they're both healthy, and that Chloe is maybe a Lab/Pyr cross. His assistant thinks no, she's a flat-coated Retriever. Whatever - she's ours, and we don't care. :lol: Except that both of them think it'll be at least another year before her brain grows....:lol:

I had a soaping FAIL this week. Last week, I made 2 batches - same recipe, except for color and scent. The first one is perfect (well, my swirls need work, but the soap is perfect.). The 2nd - made 15 minutes after the 1st batch, with the exact same ingredients - was still oily on top on Friday (24 hours after I made it). No biggie - I let it set until Sunday. (Sometimes it does that; usually the oils reabsorb if you let it sit a little longer.)

Sunday, I cut it....and had a massive explosion of oil. :sigh: I'm glad I was in the Studio on the Hoosier cabinet, because it would have been hard to clean up in the kitchen. :sigh: I'll have pima-colada scented laundry soap soon, because I won't risk anyone's health with this batch. I will try again next week when I get more oils, but....I don't know what went wrong. :sigh:

This entry was originally posted at http://fiberaddict.dreamwidth.org/805153.html. Please comment there using OpenID.
Collapse