Because it's been a bummer today. We lost Rose - I think to a spider. :sigh: I am no longer going to have a favorite goat, because I'm tired of being heart-broken when something happens to them. :sigh: 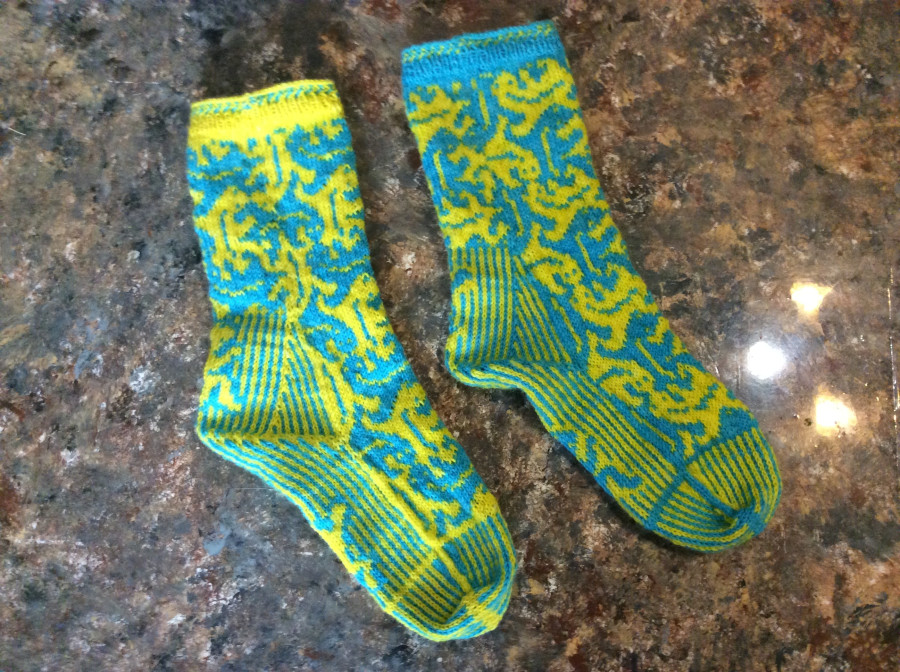 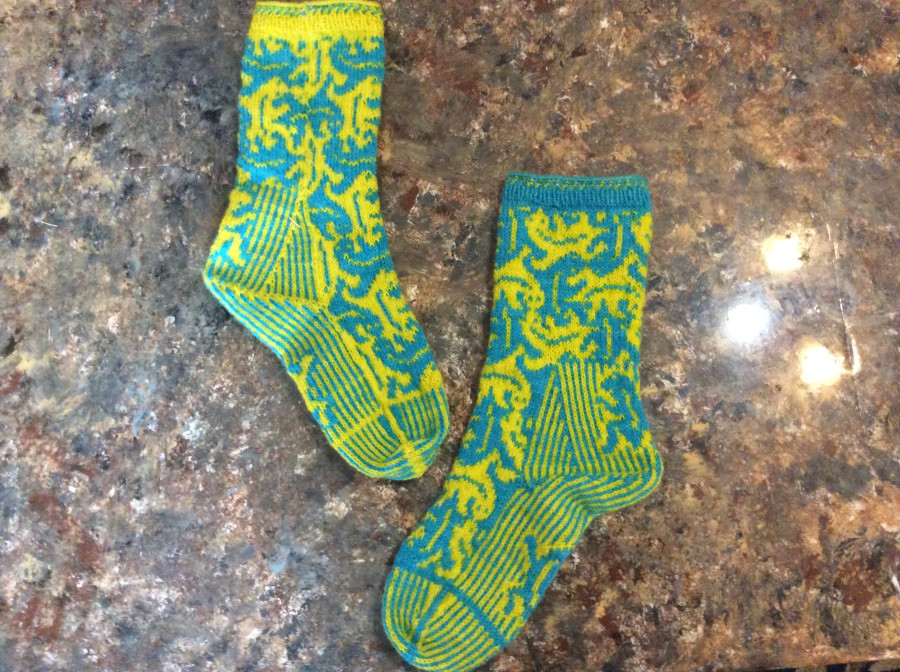 The pattern is very well-written, and not that hard. It's just not intuitive - which means I had to pay attention to every round. I'm kind of liking the "strange" heel....I might try to incorporate it into a "normal" pair of socks later. We'll see.

My sock project right now is my Monkey travel socks - I am tired of them, and want to mark them off. I already have 10+ pairs kitted up, and want to get started on something totally new. And I need to get back to Himself's kilt hose.....(I get the itch, every now and then, to kit up a bunch of patterns. The original idea was to do a sock-of-the-month club-type thing, where you kit up 12 patterns and knit 1 up each month. I liked that idea....but don't like to limit myself to only 1 project/month. :lol: So I kit hem up when I run across the perfect pattern or the perfect yarn. Right now, they're mostly color-work, but I have a few texture/lace patterns ready to go, too. Makes things easier when I need to start a new pair of socks - there's very little thinking involved. :rofl:

Loki is doing well. SG made a tactical error last night; he got home and I handed-off puppy-patrol. I told him I'd been lucky to have puppy-cuddles all day, it was now HIS turn. :snicker: I went to bed at my normal time (8. I go to bed extremely early, but then, I get up at 5:15. Every morning. The kids can set their own bedtimes now, and I've never tried to limit my husband (even though he claims he's constantly tired. Um. Going to bed at 11:30 and getting up at 6:00 would make me a zombie, so...))..anyway. Around 9:30, he put Loki in the playpen so he could eat....Loki started whining. So, in an attempt to be "funny", he plopped Loki on my shoulder. I woozily said "Huh? Oh, puppy! :zzzzzz:" and Loki said ":snorflle: :zzzzzzzz:" SG said "Oh - I didn't KNOW he'd go to sleep THAT fast!" I said "Well...we're screwed. He's now going to think it's OK to sleep on the bed. No, leave him alone - I'm tired." :lol: At 11, SG took him (he was whining to go outside) and spent the next 4 hours on the futon; I got up at 3 and sent him to the bed and I took over the futon.

This entry was originally posted at http://fiberaddict.dreamwidth.org/810434.html. Please comment there using OpenID.
Collapse