I finally finished the birds COMPLETELY last night. The embroidery.....Oi! About 6 hours worth, all told - but it's definitely worth it! 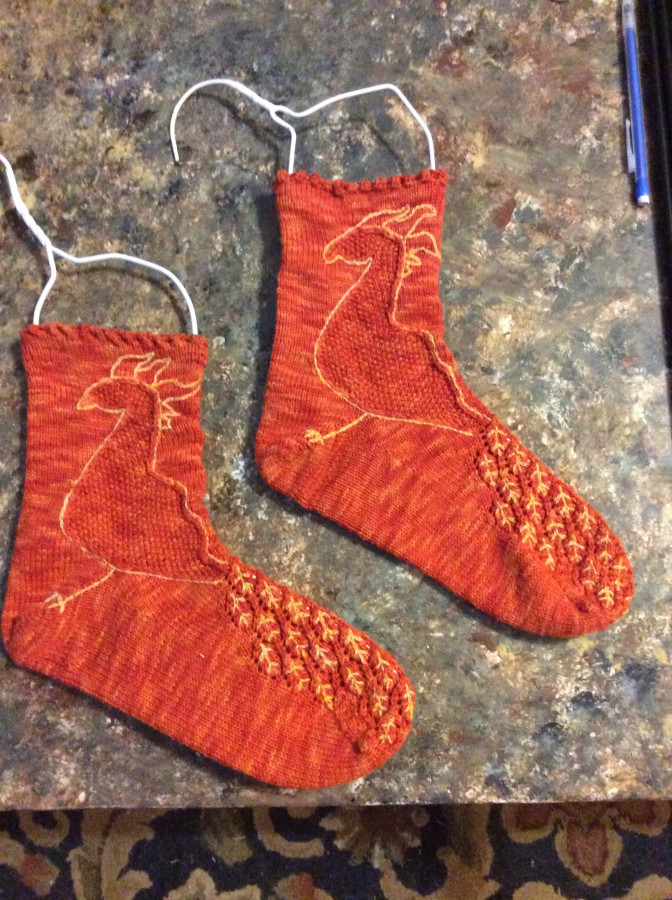 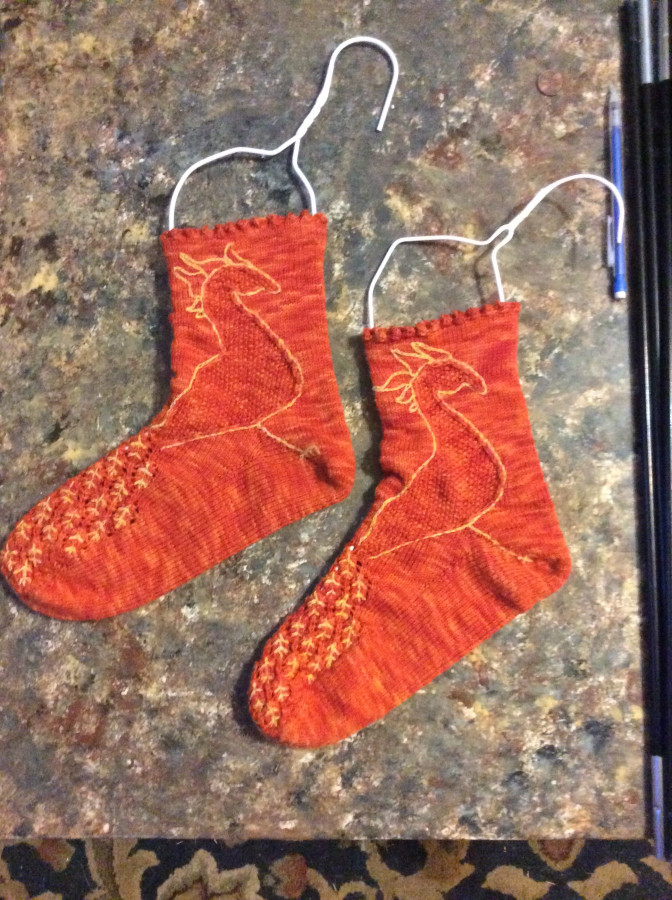 They've since been washed (they were pretty grubby; not surprising since they were knit all over the place!) and are currently blocking. Soon as they're dry, I'll sew on the eyes (the kit came with 3mm silver-lined red beads; Herself said that wasn't bling-y enough. She gave me 4mm Swarovski fire-opal crystals to use instead.) and get more pictures of them - this time on the feet they're intended for. They really need to be seen *on* to get the full effect.

The bruises have turned yellow-and-green...icky. The swelling is just about gone; it only hurts if someone/thing touches the bruised area. So - healing is occurring. This is good!

SG is...well, he's a man. Still hurts - to the point that he's annoying. :wry grin: (Why can't most men handle pain? I mean.....my leg only slowed me down the morning after it happened - I still kept up with chores/etc. HE'S been in bed since Thursday evening; when he's up, he's fine until someone asks him about things. :shakes head: I know I have a high pain-tolerance level, so it's kinda funny to me when other people *don't*. (He's also surprised that the antibiotics didn't fix him Right Then, and that pain meds take TIME to actually kick in. :shakes head:)

Gotta go work on the scarf again. I'm interested in how it's going to turn out!

This entry was originally posted at http://fiberaddict.dreamwidth.org/818832.html. Please comment there using OpenID.
Collapse