2 days ago, I couldn't sleep, so I got up and hit CraigsList (as one does.) On a lark, I went to a neighboring CL (instead of the Dallas one), and there was a new listing for a Paragon TnF kiln...in Grand Prairie. About 1 hour from us. :hmmmmmmm: No photos, so I sent off an email and asked.

Yesterday, I got the photos. I'll include 2 here, so you can see why I got excited: 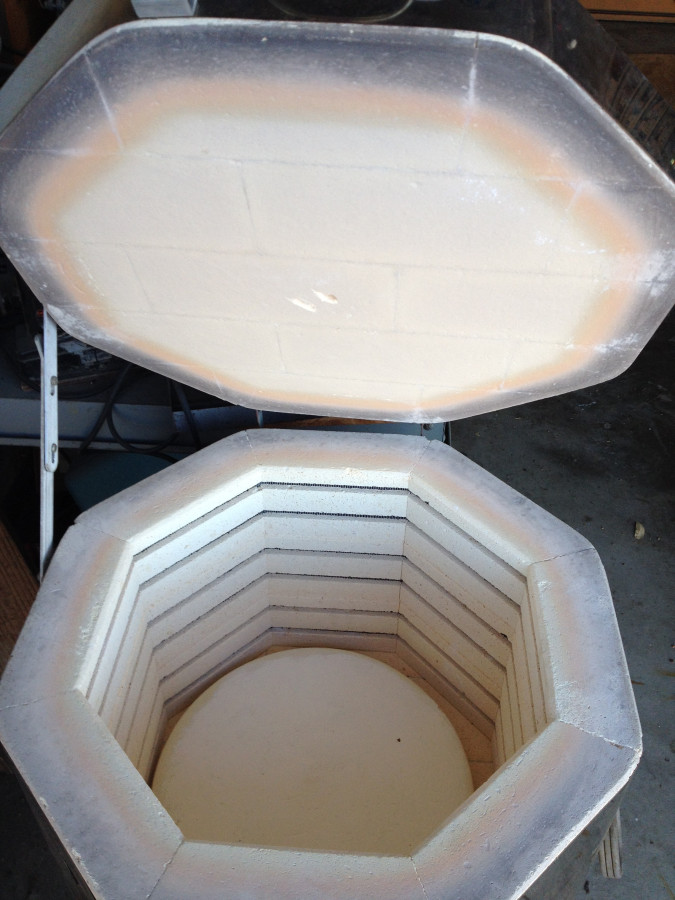 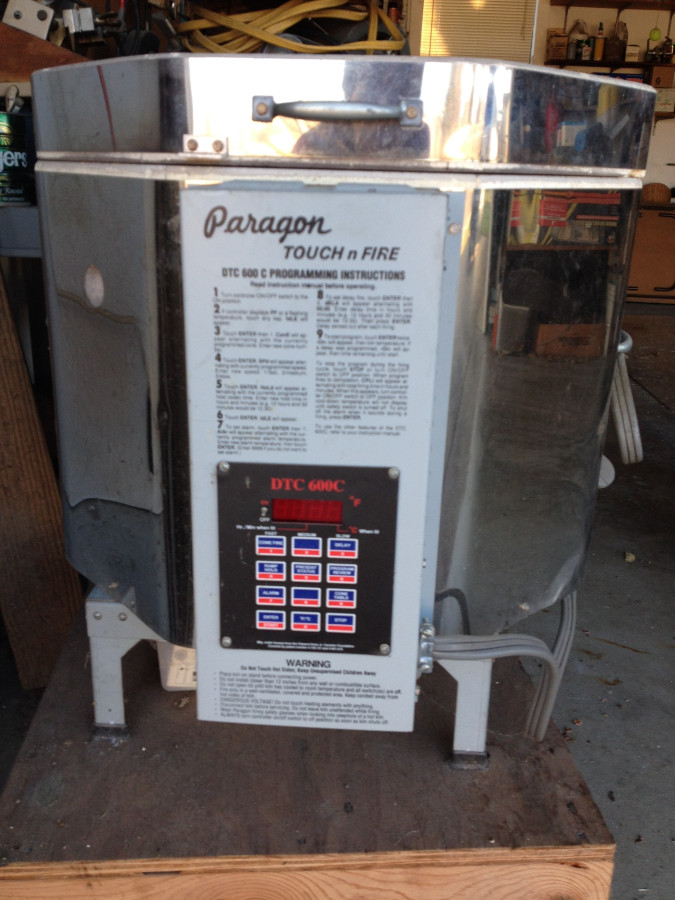 I asked her about it; she bought it new in 1997-ish (according to the controller - that's the first year that this model was made. She thinks she bought it in 1994...but the number doesn't match that.), made 12 dolls with it, then packed it up in her garage and started playing with her grandkids. :lol: She needs to clean out the garage, so...it needed to go.

This thing is PRISTINE. It honestly looks new - there's 1 ding in the brick in the lid, and 1 ding on the outside casing, but other than that it's new. She plugged it in for us and the electronics work; the elements look..well, new, so we said "Here, take my money please!" and loaded it up.

She included 2 full shelves, 1 1/2 shelf, all the posts, a bunch of cones, and a set of modeling tools. And a rolling stand for it, to make it easier for us to move it around. It's not even half the size of the Skutt, but you know what? It's actually the *perfect* size for what Herself wants to do with it. (Jewelry components. I did a quick estimate - she should be able to get components for 70 pairs of earrings in this thing each firing. Maybe more - I was conservative!)

It's large enough to do mugs and bowls, too - and plates or tiles. She's not into that - yet - but she might be later. It's set up for porcelain (with 3" bricks instead of 2.5"), so she can fire anything she wants - including glass and PMC!. OH, and did I mention it has digital controls? No more babysitting the entire firing!! (Just the end, to make sure it does shut off like it's supposed to.)

So. Herself's birthday is now sorted (for real!), as is Himself's. :whew: Now I can look at getting *me* something with what's left of the refund (besides my washer and mixer, I mean - both of those are "household", not personal.)

In other news: yesterday I made soap! I wanted to test the shaped ice cube trays I bought from Think Geek, and I wanted to test a new scent (Neroli and Shea Blossom. :mmmmmm:) I didn't have any small containers of milk, so I thawed a pint of cream....I forgot that cream = soap on a stick. :lol: I was able to beat it into shape and glop it into the molds; the soap looks good, but I won't un-mold it until tomorrow (because of the details. I want it firm.) I'm thawing a gallon of milk right now - I have an AWESOME idea for the Neroli-Shea Blossom....a 3 color soap. Not a swirl...we'll see if I can *do* it. If so, I'll have an awesome soap. If not...I'll have some 3 color laundry soap. :snicker: At least it'll smell nice!

This entry was originally posted at http://fiberaddict.dreamwidth.org/830005.html. Please comment there using OpenID.
Collapse