First up, Socks! DH "stole" these before I had finished the 2nd one. It's OK - I was so OVER them it isn't funny. 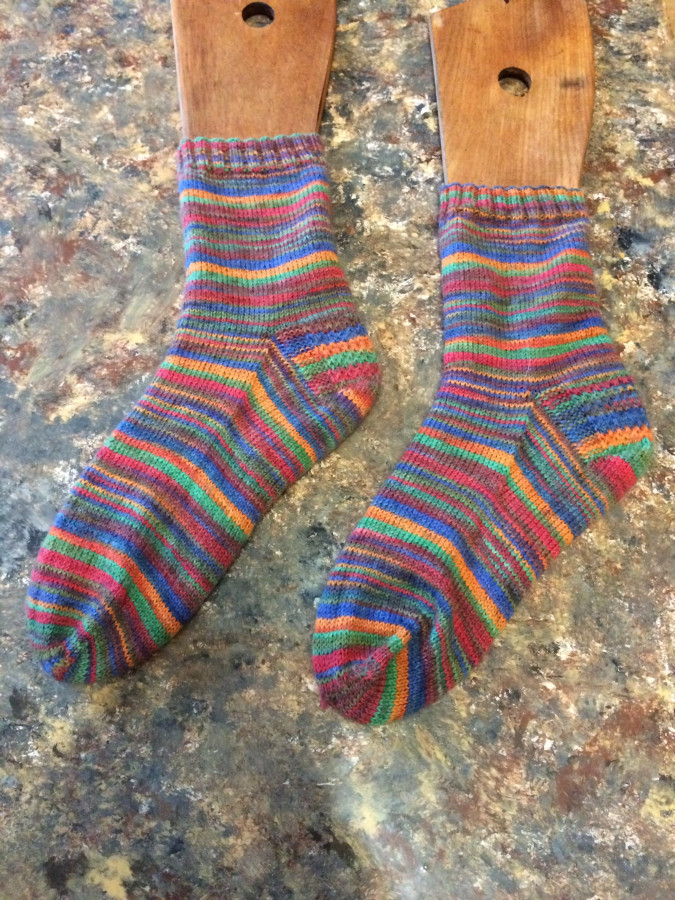 Commercial sock yarn, don't remember the brand. Feels decent, the colors looked great in the skein, but knit up? I'm not impressed. I don't like the way they striped - it happens sometimes. SG's happy, so it's all good. :lol:

I've been sewing - I'm putting off working on Himself's Jedi robes. I'm just not.....feeling it right now. I'm going to start on them in the morning, though - there's nothing else I have to do to postpone it. :wry grin: This was the last thing standing in the way - covers for the pressing tools: 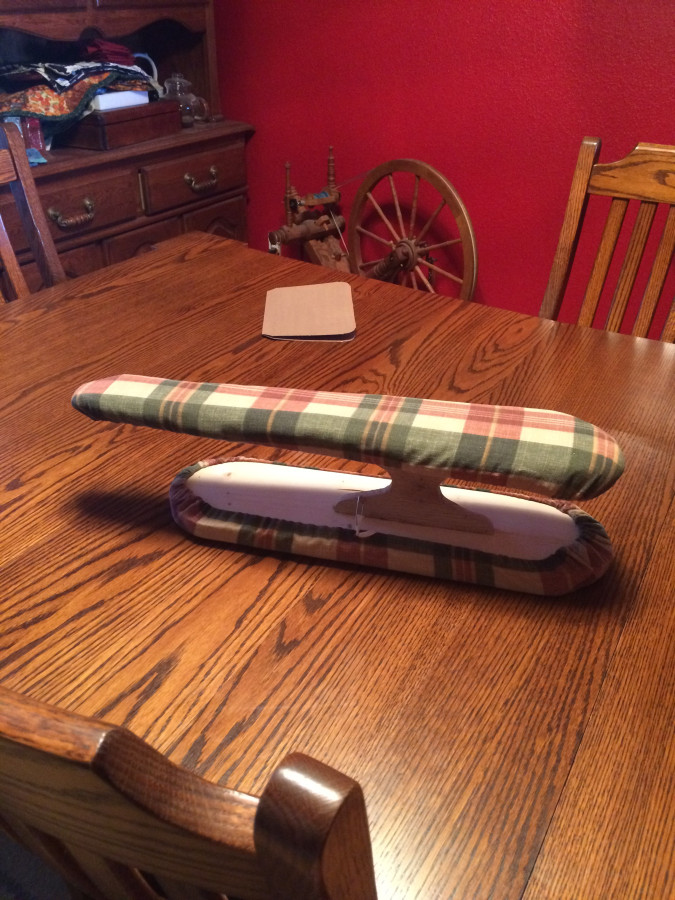 The sleeve board. Both sides are covered; I used old towels for the padding. I LOVE how they look and feel now! 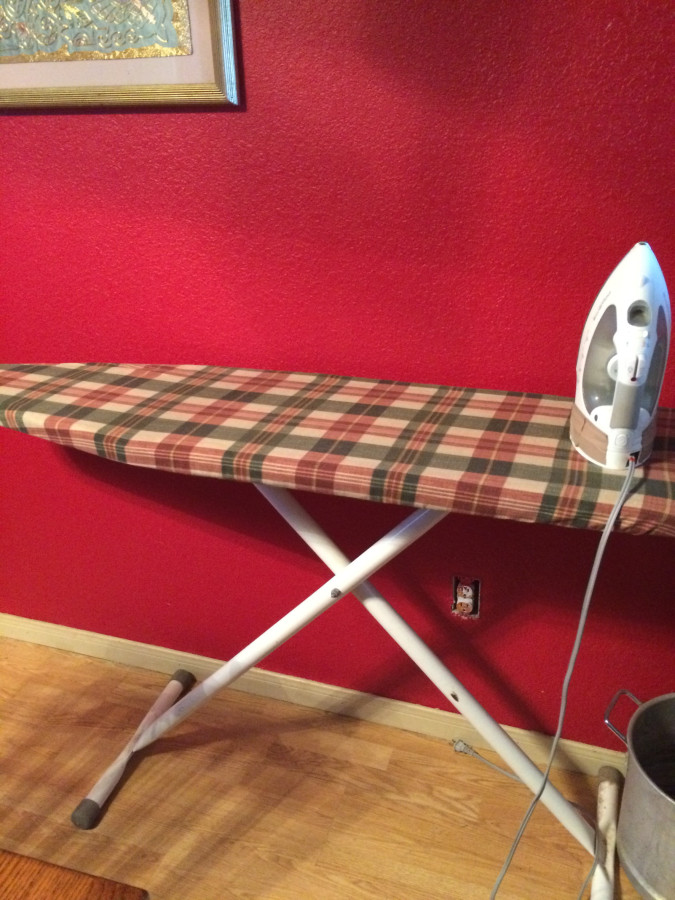 And my matchy-matchy ironing board. The original cover was the standard blue-and-white stripes; I HATED it. It was....boring. And...for some reason, it offended my sensibilities. I realize that sounds weird, but there it is - I hated using the thing. Now? I love it! Herself says it reminds her of a country cottage...I guess I like cottage-y things. :lol: I do need to pad it - I think I am going to look for an old wool blanket to use.

School is going well. I found a documentary series (it's on YouTube!) called "Engineering an Empire" that we are using alongside the iTunes U course. I thought it was going to be light-weight; it.....well, it is, but it isn't. It's pretty good! Himself is enjoying it, except that each episode is like 1.5 hours. :shrug: There's another series we'll be watching at the end of the year; it's called "Ancient Impossible". I have no idea how good/accurate it is, but hey - it looks fun.

We have to take Bree to the vet tonight; she's got 3 lumps that need to be removed. Surgery is tomorrow AM....I am worried, but I trust our vet. Still...my baby isn't going to be home tonight! She's going to be a basket-case, and so am I.

This entry was originally posted at http://fiberaddict.dreamwidth.org/853120.html. Please comment there using OpenID.
Collapse