because honestly, I've got nothing. It rained all weekend - which we needed! - and it's been slow and -dare I say it?- Normal around here. So, have a few photos of country life!

First up, this what happens when it rains for 24+ hours: 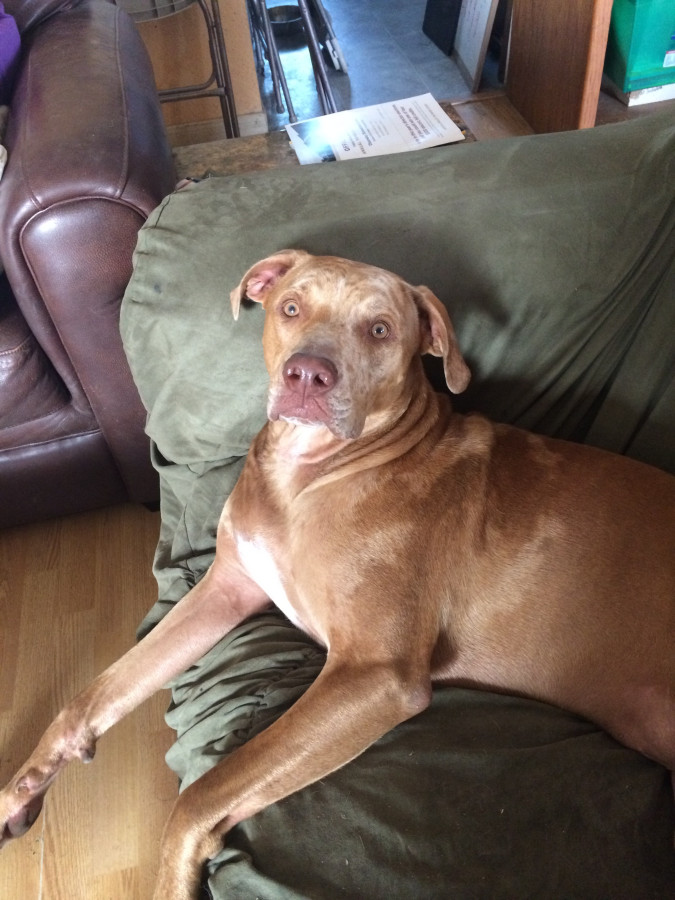 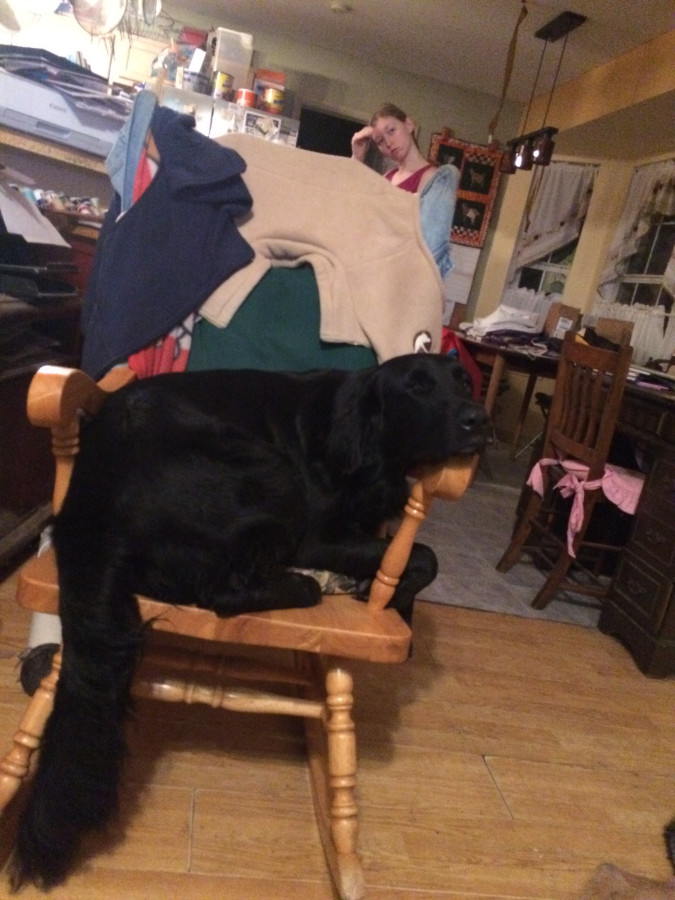 Poor Chloe is bored. So bored, even the rocking chair didn't amuse her. (Sorry the photo is dark - I took it last night. Her head is on the arm of the chair, and her expression is one of total boredom. :lol:) 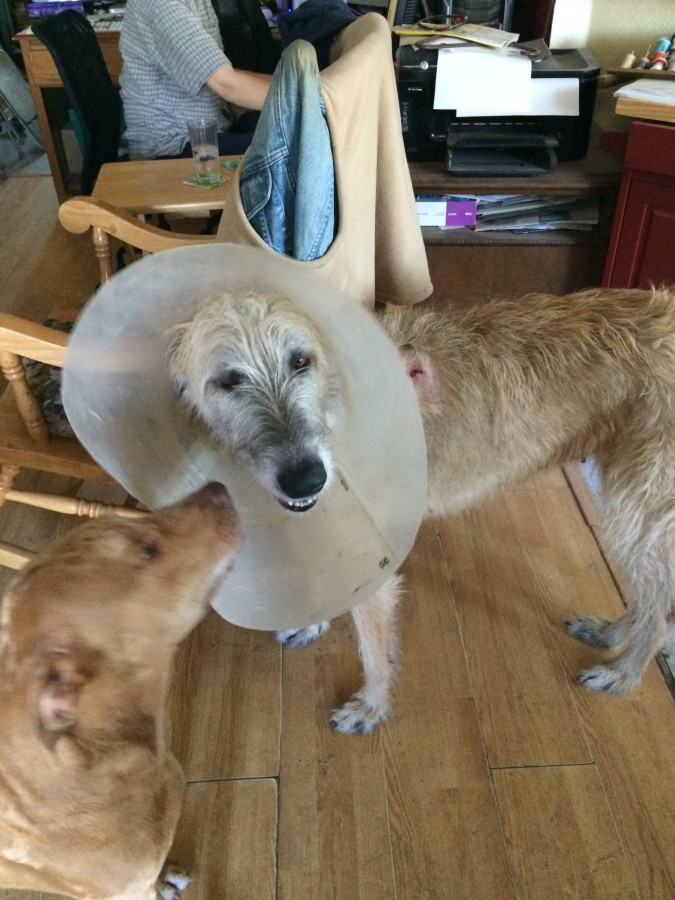 Bree isn't a happy camper - I am making her wear the Cone of Shame 24/7. SG felt sorry for her and took it off Saturday - she pulled 1 stitch out. I yelled at him; he took it off again last night and she pulled *2* stitches out. :sigh: I wish he'd think of HER instead of him (she was knocking into things, and he - poor baby - said he couldn't sleep because of it. Funny thing - he was SNORING 3 minutes before. Chloe barked, which woke him up, and Bree knocked into the bedroom door trying to get outside to bark, too. :bangs head:

She had 3 lumps removed.....1 was sent to pathology. Yes, cancer has been mentioned, but there's not much we can do if they are malignant. Chemo.....I don't know if I can do that to her. 1 spot is on her side - that's the one she's removed the 3 stitches from - 1 is on her belly between her front legs, and the 3rd is on her back leg, under her tail. :sigh:

OK, this next picture HAD to be taken, because otherwise no one would believe us. Yesterday morning Herself and I went for a walk in between rain showers. We went about 2 miles...and on the way back we saw the KING of Frogs: He weighed (according to Herself) about 2 pounds. I have seen lots of large frogs in my life, but NEVER have I seen one THIS Big. We named him Jeremiah (because I think he's a bullfrog....:rofl:) and relocated him away from the side of the road.

I made Himself's Pants muslin today - he was happy with them. :blink: AND they fit pretty well. Not perfectly, but...honestly? They don't have to. They are for Dec. 18.....:lol: I want them to look good, but I'm not totally focused on perfect fit. I'll try to sew up the "real" ones tomorrow, then it's on to the Jedi tunic.

Need to figure out dinner - laters!

This entry was originally posted at http://fiberaddict.dreamwidth.org/853584.html. Please comment there using OpenID.
Collapse