So. I had a lot of plans for 2016. The big one, for me, was to get my house in order and set up routines so I could keep it neat and tidy(ish). I actually succeeded in this, but not by my own skills. :lol: No, seriously - I have to count this as a win - my house is currently almost empty, which means, from a certain point of view, it's tidy. :rofl: NOT what I had in mind, but hey - it works, right?

This is what's left of the kids' bathroom: 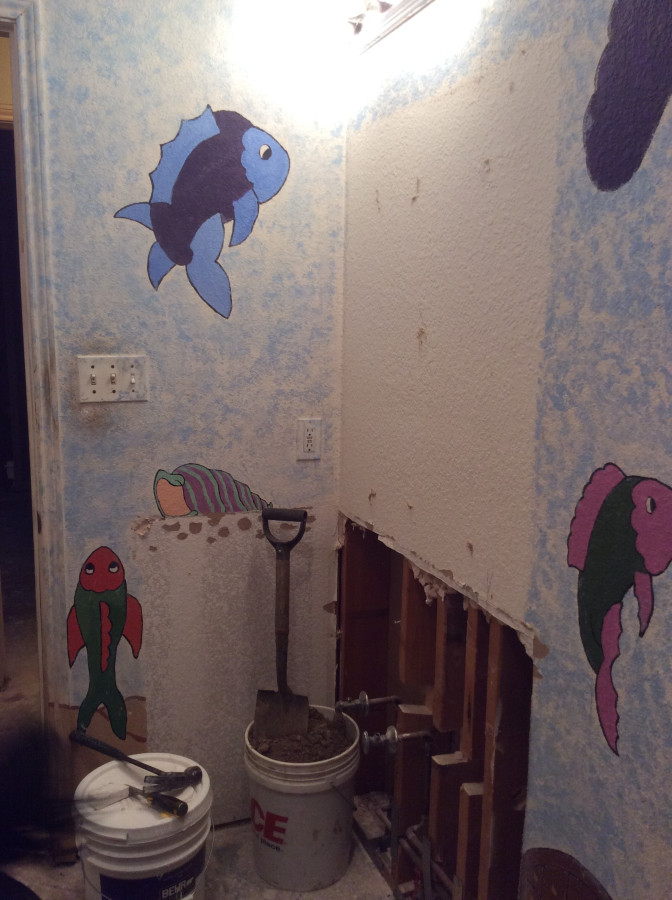 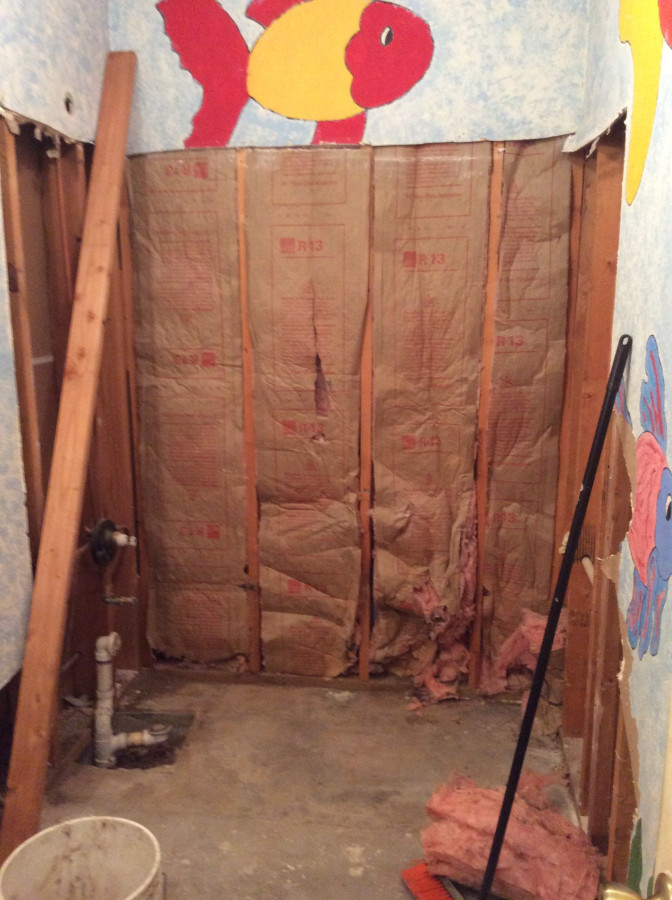 I'm kinda bummed that the murals got ruined, but also relieved. I've wanted to update the bathroom for a while, but Herself can't handle change. This, however - there was no way to save them, and I can't match the colors - I mixed them as I painted each fish. :sigh: So.....the drywall has mostly been replaced. The tub has 1 piece of hardiboard; SG stopped to fiddle with the over-the-mirror light. :sigh: Hey - at least the tub is in, right?

He stopped the kitchen to do the bathroom: 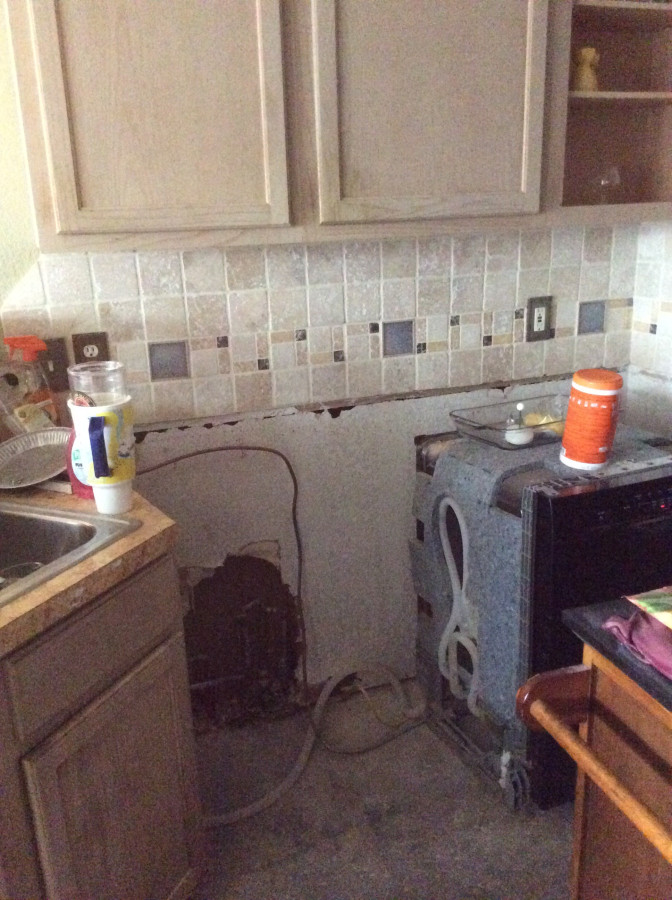 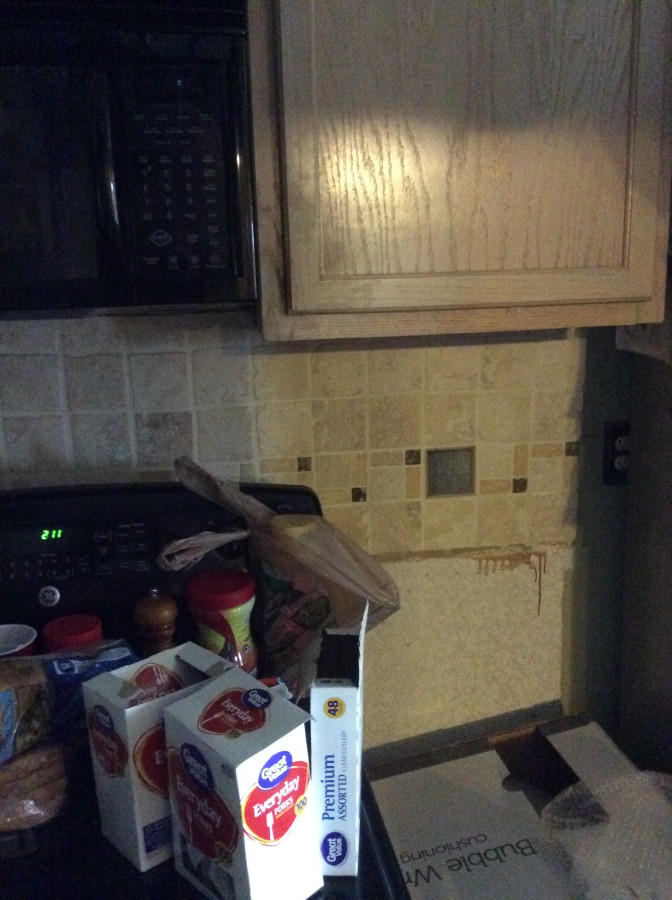 The top cabinets over the dishwasher are almost empty; the other side...they aren't. It won't take long to empty them....I'm just not really in the mood right now. I got a bit depressed yesterday as we packed up all my Fiestaware. :sigh:

I KNOW things will get better. I KNOW I'll end up with a practically new house....but it's still hard. And I'm looking at going into the New Year with a house all topsy-turvy....NOT what I wanted to do. Ah, well...this too shall pass.

it is, however, the main reason I've lost my happiness. I'm normally happy - being happy is, for neuro-normal people, a *choice* - but now? I'm finding it difficult. Once the floors are in and I can see progress, it'll be easier - but right now? It's hard. :sigh:

This entry was originally posted at http://fiberaddict.dreamwidth.org/885211.html. Please comment there using OpenID.
Collapse