but LJ is being slow as molasses this morning. It took *30* minutes to upload 2.....and I have 6 or 7 more. :sigh: I guess you get to see the new dress only, instead of the house. Which is NOT finished, but is much, much closer!

Dress! This is the Sew Over It Vintage Shirt Dress: 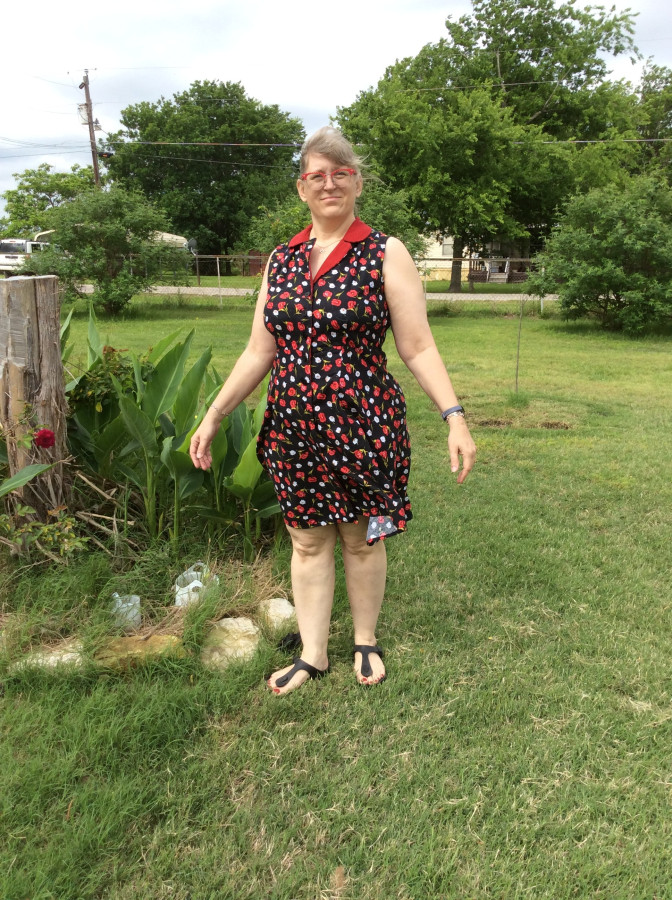 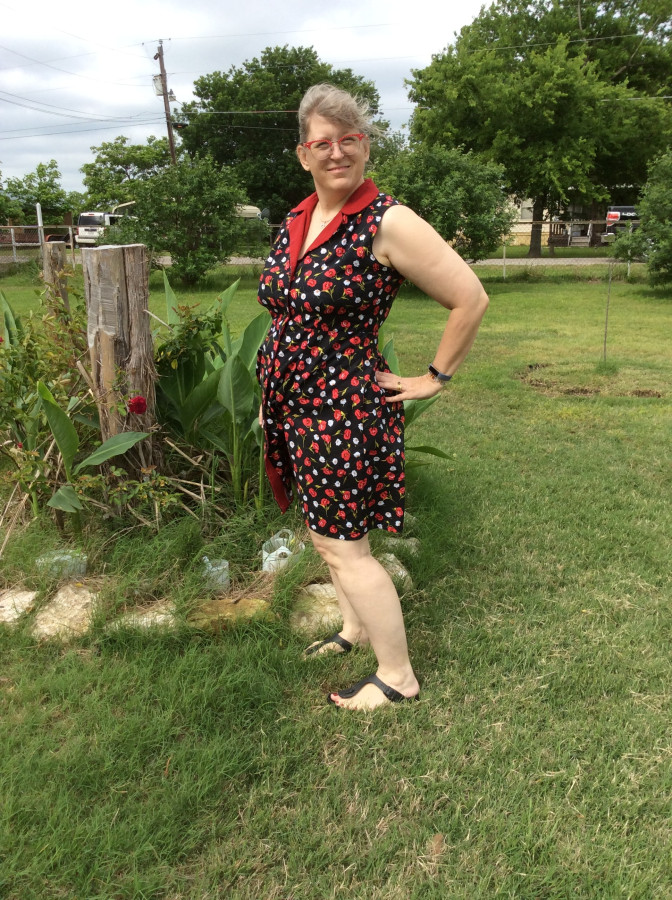 It was very windy yesterday, so the photos aren't the best, but you can at least get an idea of the dress. I did NOT wear the jacket - it was threatening rain, and I will not risk that! :lol:

So, house. Monday the last of the new floors went in. Yesterday the plumbers came in and did the Master Bath, and repaired the pipe SG put a hole in, and re-installed the water filter (they removed it to repair the garage leak) - when SG hit the pipe, he flooded the (NEW!) bathroom. I told them to cut the water, they did - at the house, which re-routed the water into the (missing) water filter. Which flooded the garage. :sigh: It's all sorted, now. Still not DONE, of course - my NSDH has problems prioritizing things. Which is why the pasture got mowed, but the baseboards didn't get painted until 10 minutes before the plumbers showed up. They had to wait on HIM.....never mind. Suffice to say things still aren't done, but the pasture looks good.

Oh! One of the other pictures was of 8 new chicks - we have 2 broody hens. 1 is a nasty banty hen, so Herself pulled all the chicks. The other is sweet, but batty stole her hatchlings....so they're in the Garage Studio, as well.

I will try to upload again later - I'm not sure if it's on my end (storms right now) or LJ's. I'm pleased with the way things are looking; the armoires fit and look really, really good.

This entry was originally posted at http://fiberaddict.dreamwidth.org/896468.html. Please comment there using OpenID.
Collapse