We ran out and saw wee Duncan on Friday - the breeder was taking one of her Danes to a show over the weekend, so...if we wanted snuggles, it had to be Friday. No biggie - the kids and I wanted to hit Ikea, which is in between us and the breeder, so it all worked out.

On Friday, he had 1 eye open! You can see just how much bigger he is now - it takes more than 1 hand to hold him! 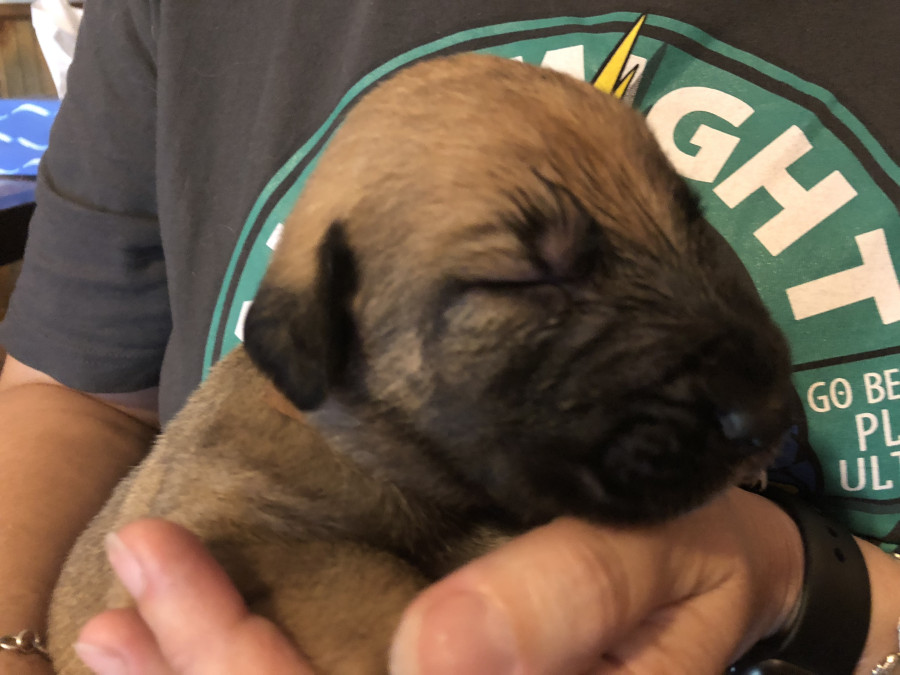 By Saturday evening, he had both eyes open. He's SO CUTE!!!

We spent an hour with him - me snuggling, Himself snapping photos, and Herself cooing at him and the Dane puppies. :lol: We then hit the comic store (Himself scored the new Thrawn novel - it's good. We both read it over the weekend - couldn't put it down. ), then Ikea. I spent Saturday assembling 3 Billys for my Studio, and yesterday tidying up. Then I assembled Herself's new craft desk. Today we started tidying HER studio......the desk in in place and already full. (What can I say - FIL had a bunch of stained glass tools. That are now ON her desk. Eventually we'll get them sorted and in the drawers....for now, we have a path into the house that doesn't involve gymnastics. :rofl:

This entry was originally posted at https://fiberaddict.dreamwidth.org/910469.html. Please comment there using OpenID.
Collapse