We didn't get to visit the breeder this weekend (more on that in a moment), but she sent me some lovely pictures yesterday. He's gotten Big! 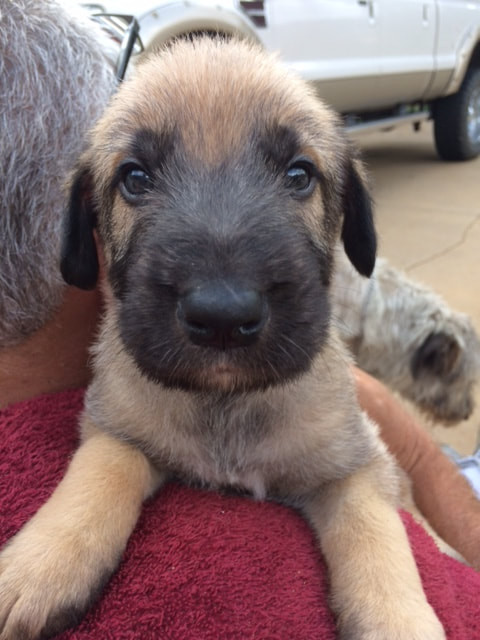 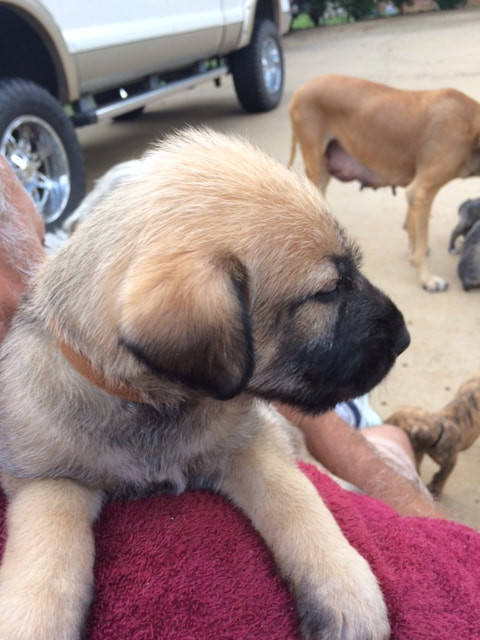 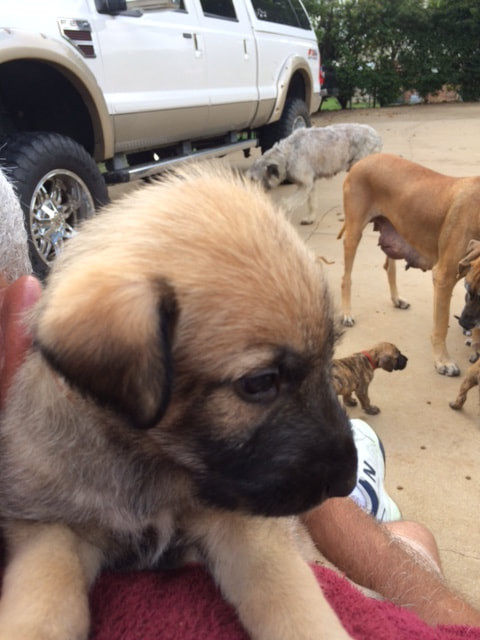 We're planning on going out this weekend, since all our necessary chores are done (as of today - right now, in fact.) See......last August, when we got our septic tank pumped, they informed me that the tank (fiberglass) was collapsing, and gave me anywhere from a few months to a year.

It lasted just at 1 year. Last month, the alarm went off - so we called. They sent out an inspector.....long story short, the tank has totally collapsed and needed replacing STAT. Gave me an estimate of 6 weeks......2 days later the planner came out, did a drawing, and gave me an estimate of, still, 6 weeks.

So. I went into work mode. No one else did. :sigh: Last weekend, SG finally realized that Oh, S**t! Tank install is THIS THURSDAY oh dear! :sigh:

The back fence has been moved to behind my Studio (FINALLY! 2 years I've been waiting......) We put up a temporary side fence, and yesterday (yup. YESTERDAY. Why do I even....?) the old back fence was removed (well....most of it. There's still 16' that needs to come down....but at least MOST of it's down, right?)

This AM, SG removed the temporary side fence so that they could get the equipment in. I have 5 very upset dogs in the house right now - don't I understand that there are THINGS that need barking at? Outside? Now???? :lol:

We also got Himself's Studio and the "sweat shop" (what? It's better than "torture chamber", yes?)(home gym) painted, all the lights/fans installed, and measured for carpet. The carpet has been ordered and paid for, and the floor store ordered it Tuesday. Should be here in 2 weeks or so.....

Herself and I have "opened" an easy store. There's only 1 thing in it right now (Pokemon cards), but soon it'll be stocked with geeky jewelry and bags. I'll post a link once it's open - and then I will try not to mention it much again. I don't want this to devolve into an advertisement channel. :lol:

ETA: well....I am a klutz. While the guys were getting ready to remove the electrical box for the old system, they told me they needed to cut the power. I said OK, then realized that they didn’t know to also cut the solar box. I ran outside and got them safe, watched them remove the box, tie off the wires, and restart both boxes. I turned to walk back to the door, and found a hole Chloe had dug....and felt - and heard - something in my left ankle POP. Sigh. I have an orange-sized ankle now, turning a lovely shade of black - down from the softball-sized ankle of yesterday. Hurts......but I’ve survived worse. I e is my friend.......

This entry was originally posted at https://fiberaddict.dreamwidth.org/911066.html. Please comment there using OpenID.
Collapse