for Comic Con (coming this Star Wars weekend (5/4. Give it a minute. Say the date like Sir Alec with a mild lisp. May the......fourth. Be with you! :lol:)). At NTIF, Herself had an idea for the punniest cosplay - urban assault pants and boots, with a grammar-centric shirt, red pens, and our Boba Fett helmet. I'd be a Gramandolorian! :rofl: We hit the Army store the next weekend where I picked up the pants and boots (no worries- they'll be used for Nerfing, too!) I was all set, and rather proud of myself, when we got an email from the Con.......ALL the voice actors for MHA are going to be there. Oh noes!

Fortunately, we have a cosplay hoodie pattern, and JoAnn's had all their fleece on sale. I traced off my pattern....decided it looked "small", so added to it, then panicked and decided to make a test sew, first. Walmart had fleece for $3.50/yard, so I grabbed 3 yards, ran home, and...this happened: 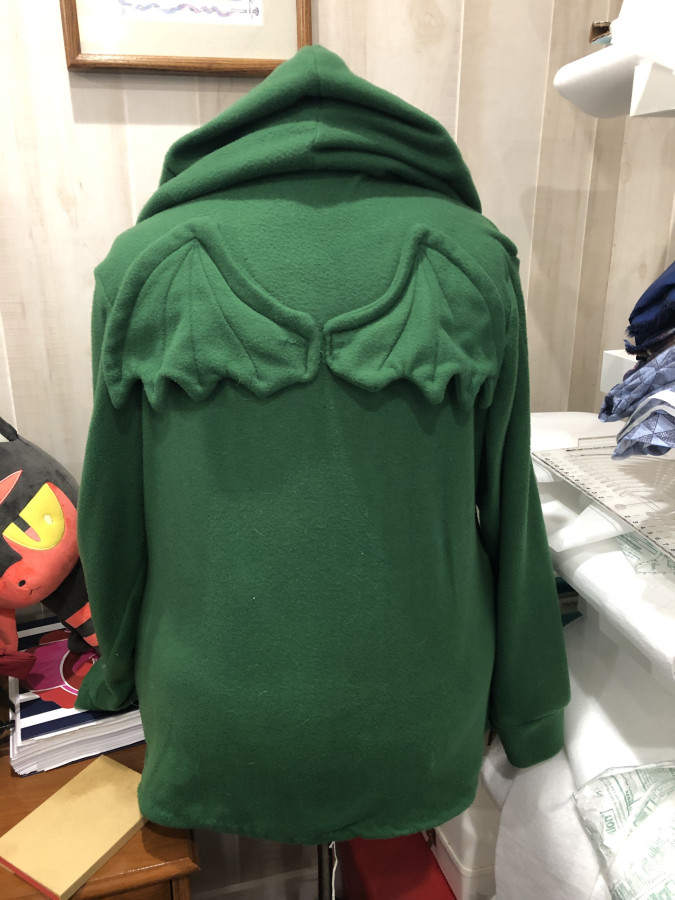 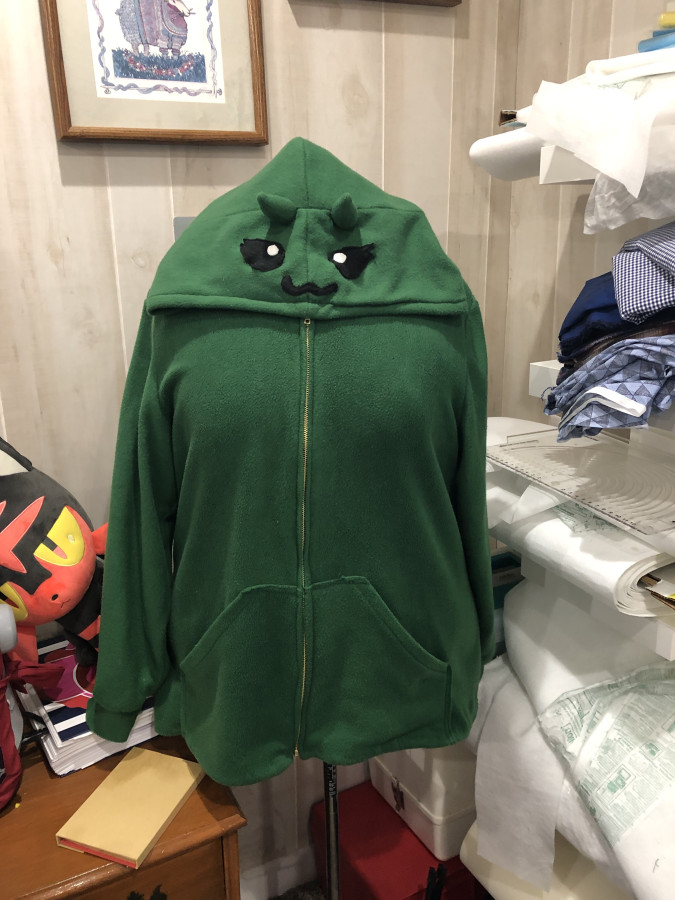 I had planned on doing a plain one....but got to the hood, where the instructions said "if adding details, STOP and do it now!" and...well, why not? It turned out too big - because, of course, the pattern was correct. :sigh: Still, I've worn the heck out of this thing, so - win!

Then I cut out the good fabric. I decided I needed an All Might Silver Age hoodie (Herself has a Golden Age one, and you can find those all over the place. The Silver Age.....not so much, unless you want a cheap printed one.) I think it turned out pretty good: 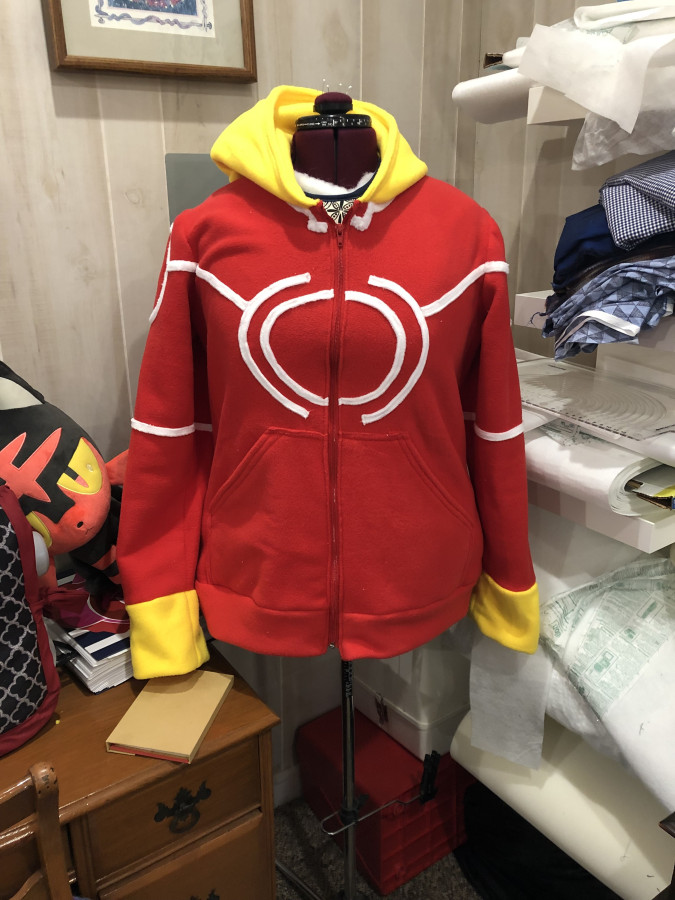 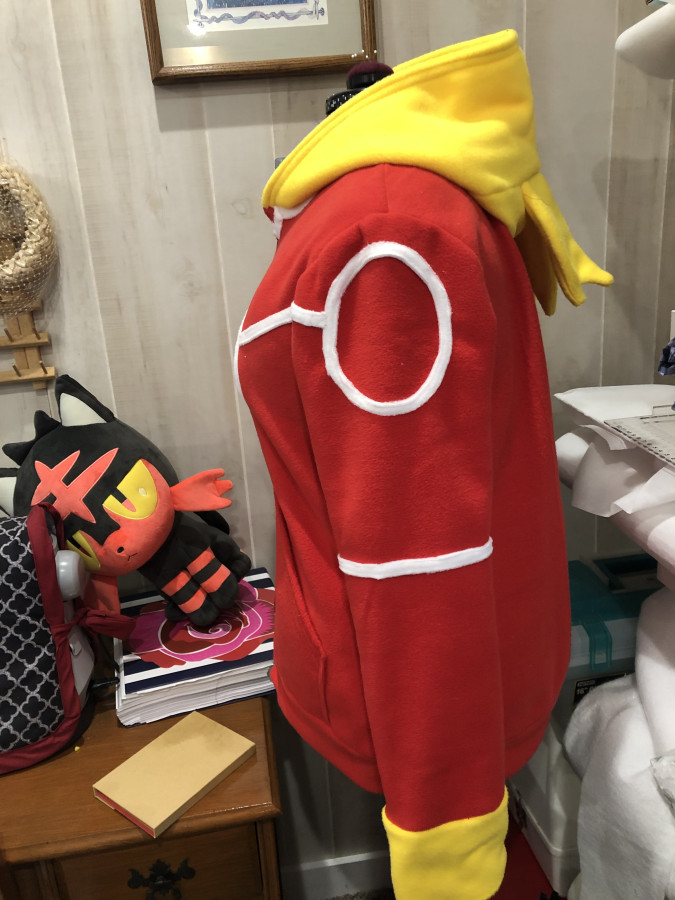 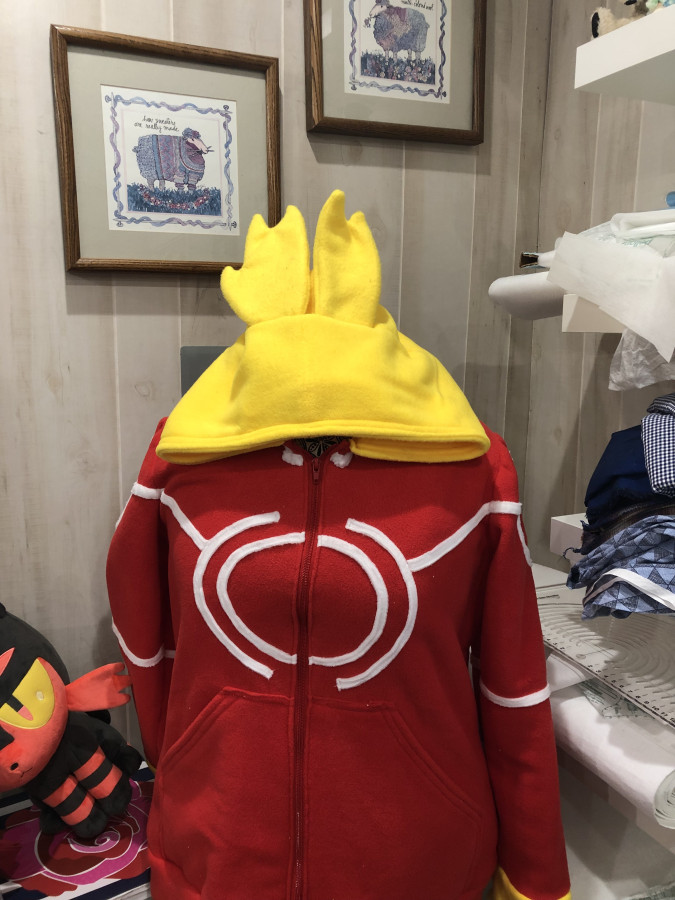 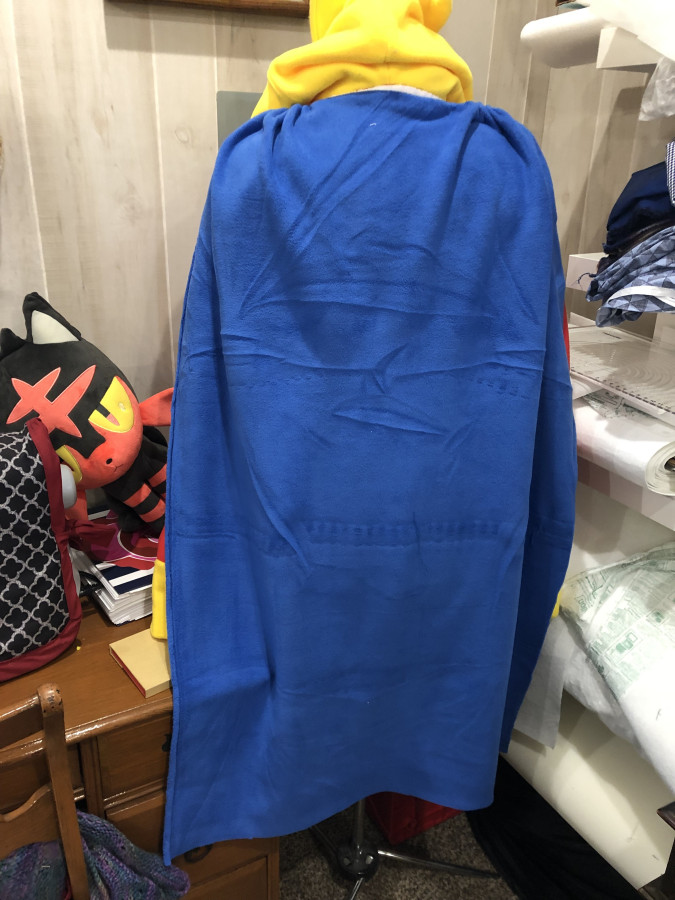 Then Herself decided SHE needed another hoodie...this time, Bakugou. I told her SHE needed to sew it herself, so......we ran out and bought the fabric (which was now *70%* off. Woot!) While she dithered on beginning (just started today) , I decided to whip up another one....this time, Uraraka. 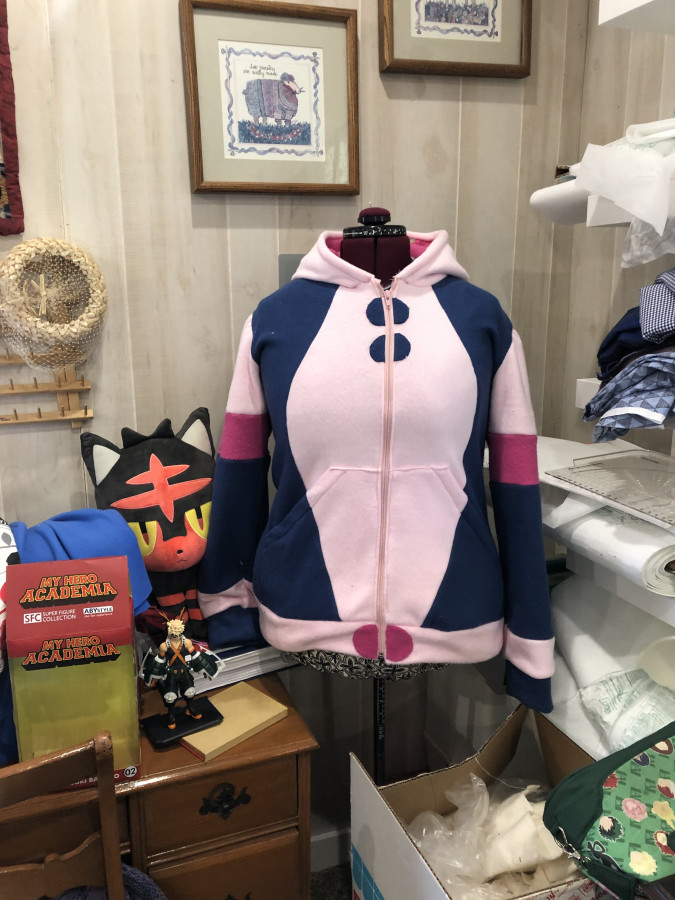 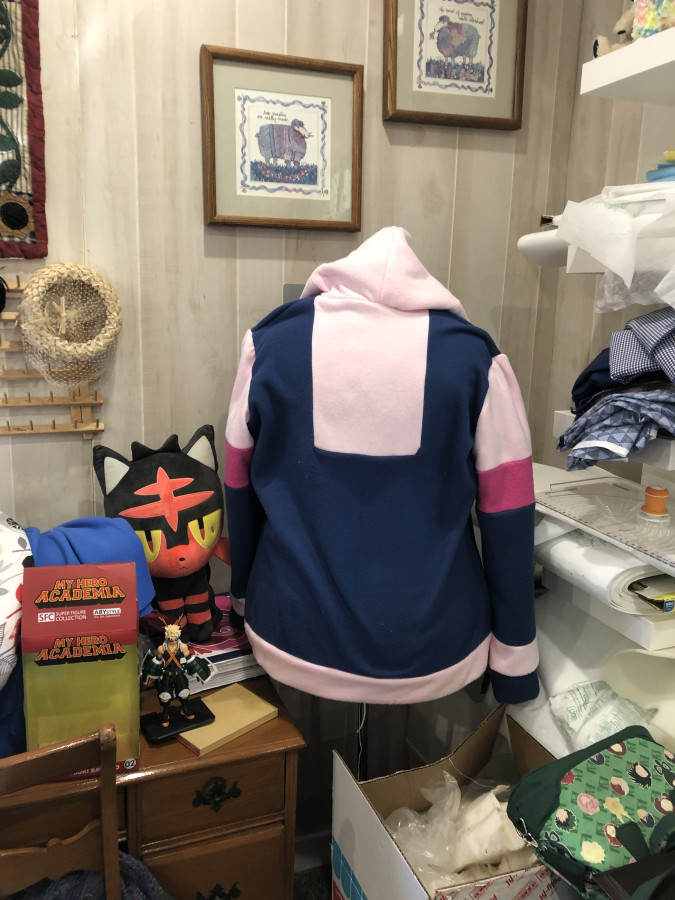 I even sewed in the back piece! I'm proud of this one - I had found (and purchased) a pattern, but upon actually looking at it, decided it wasn't accurate enough. (Yeah, yeah - it's a hoodie. Still......if I'm going to put in the effort, it's going to be as close as I can get it. :shrug:)

Anyway. Taxes are due tomorrow - yes, a LOT of people owe this year. No, it shouldn't be a surprise - withholding was Decreased this year. Withholding is a payment plan for the taxes you owe......DEcreasing the "payment" doesn't decrease the amount due. Anyone who's surprised by this wasn't paying attention. (That'd be a LOT of folks. :sigh:) Add to it the fact that exemptions were changed, so most people can't go long form anymore, and the fact that taxes due go up almost every year, and.....yeah.

We were at a funeral yesterday for one of our clients. We had just finished his return......and he was in a fatal truck accident. Very sad.....we've already contacted his heir, and have offered to help with any financial questions they have.

I *really* need to start working on jeans soon. I am running out of pants to wear - for real. And undergarments........at least we're done with taxes for the moment. We filed 3 extensions, but have time before they are due. Think I'll try to spend some time in the Studio this week, working on "real" clothes.

This entry was originally posted at https://fiberaddict.dreamwidth.org/913909.html. Please comment there using OpenID.
Collapse