because - they are going cover this: 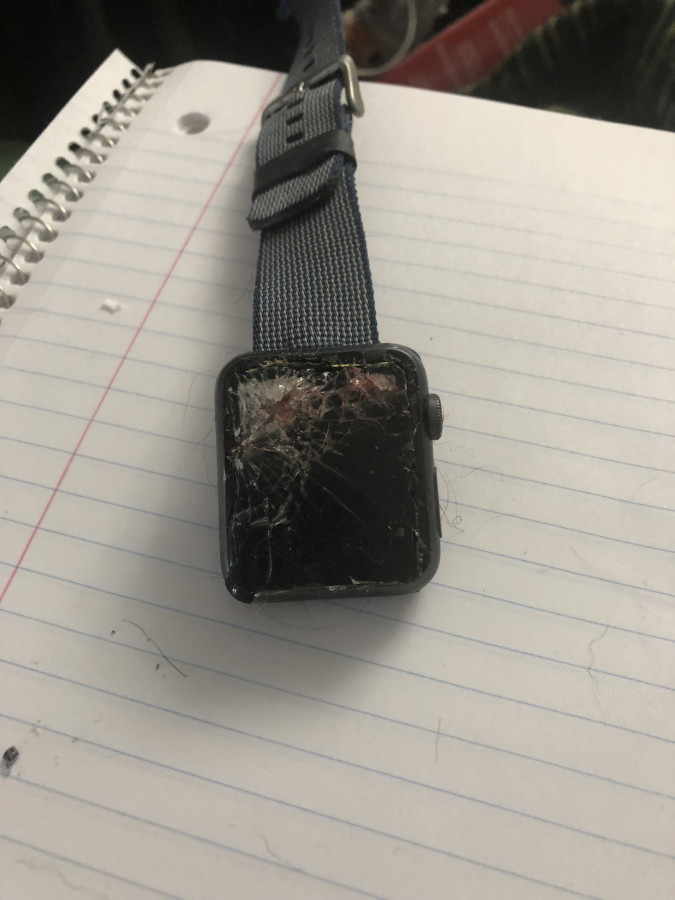 that, my friends, is my Apple watch. or...was. Let me explain - Suki and Chloe HATE each other. not dislike, HATE. we keep them separate to prevent, well, things like that from happening.

Sunday I screwed up. i went to grab the laundry hamper, and Suki got out of the bedroom....and went straight for Chloe, who was napping behind the couch. sigh.

i - stupidly - tried to break them up. Suki got me instead of Chloe.....after she broke the watch band (seriously - the stainless pins that hold the ban to the watch are broken), she got me.

i'll be fine - eventually. they could only put in 6 stitches, due to having to let bites drain. (3 bites...2.5 cm, 2.5 cm, and 2.0 cm). my wrist is swollen to the point of deformity, and it hurts to breathe. it could have been worse - the watch caught 2 teeth, instead of me. (although one of the bites is right where the watch face sits on my wrist. it's....well, interesting.)

we haven't had The Talk yet, but we will. i can't do this again. still allergic to all pain meds - i have been taking benedryl like it's candy, just to get a little pain relief (2 aleve, 1 benedryl. still hurts, but gets it to a level i can mostly deal with. nights i take 1 hydrocone and 1.5 benedryl.....i can sleep in short bursts. fun times! itching like mad....but so far the pain relief is worth it.)

the worst part? no knitting. you KNOW it's bad when i can't knit!

anyway - why i love AppleCare. we had called in 3 weeks ago because the watch would freeze up randomly and not respond to my screen taps. a hard reboot temporarily fixed it, but it had started up again last week. i decided to call in yesterday to tell them to cancel the claim #, since i was pretty sure "mauled by a dog" wasn't"t covered...and found out you get 2 accident claims. we're going in to a store on Saturday to get things worked out.

in other news, the Duncan turned 1 year old yesterday. no pics, because i can't easily snap a pic of him one-handed. especially since he is very concerned over my arm......Lord love him, he keeps hurting me trying to make it better. (he's asleep on my foot right now.)

i need more ice, so i need to wrap up. hope y'all are having a better week than me!

This entry was originally posted at https://fiberaddict.dreamwidth.org/914714.html. Please comment there using OpenID.
Collapse