i have pictures! been busy, as usual - i can sew, but can't knit much. i spent most of last weekend tidying the studio - i have carpet! who knew?? :lol:

let's start with my arm - these pics are about 2 weeks old, but nothing's changed. it is a *lot* better than it was when it happened, so i don't mind sharing these: 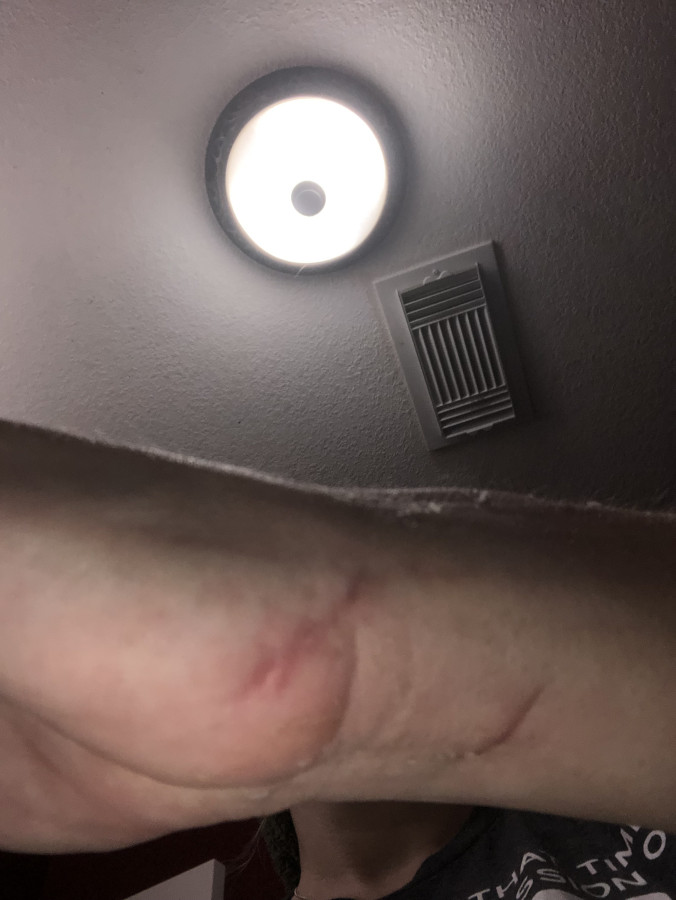 the worst one, pain-wise, is the one at the heel of my hand. it feels raw......i still can't flip my hand over, and my range of motion is still very limited. my pain level is sitting at....3.5-ish. :shrug:

next up, meet Tohru! herself has had Iroh for almost a year, now, and he was acting very mopey. we discussed it, but had decided to not get him a tank mate - females are hard to find, and putting 2 older males together isn't recommended....then the serpantarium called with an owner-surrendered female. we resided...until my brother sent a photo. :sigh: 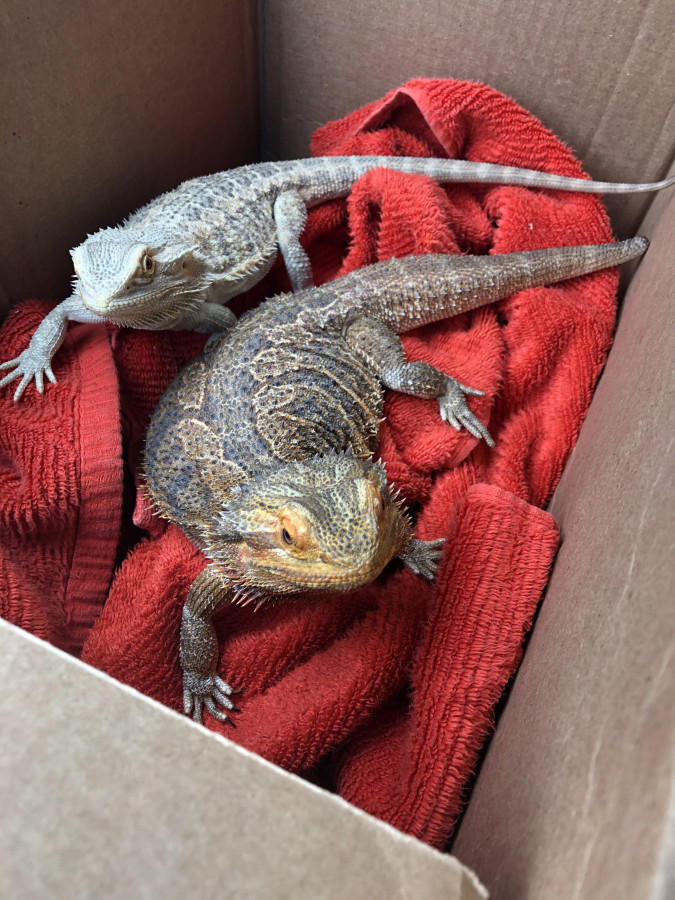 she's the bigger, darker one....and according to herself, she's mine. :lol: she and Iroh are getting along, so that's good - and he's no longer mopey. (i like lizards, just hadn't really considered owning one. herself didn't want to be a multi-lizard owner, so.......*i* have a lizard. :rofl:)

now, the important things: what i have been up to in the studio: shirts. for me. i wanted some classic camp-style shirts, and victoria jones #220 caught my eye. it's a traditional man's hawaiian shirt, which was the look i wanted. 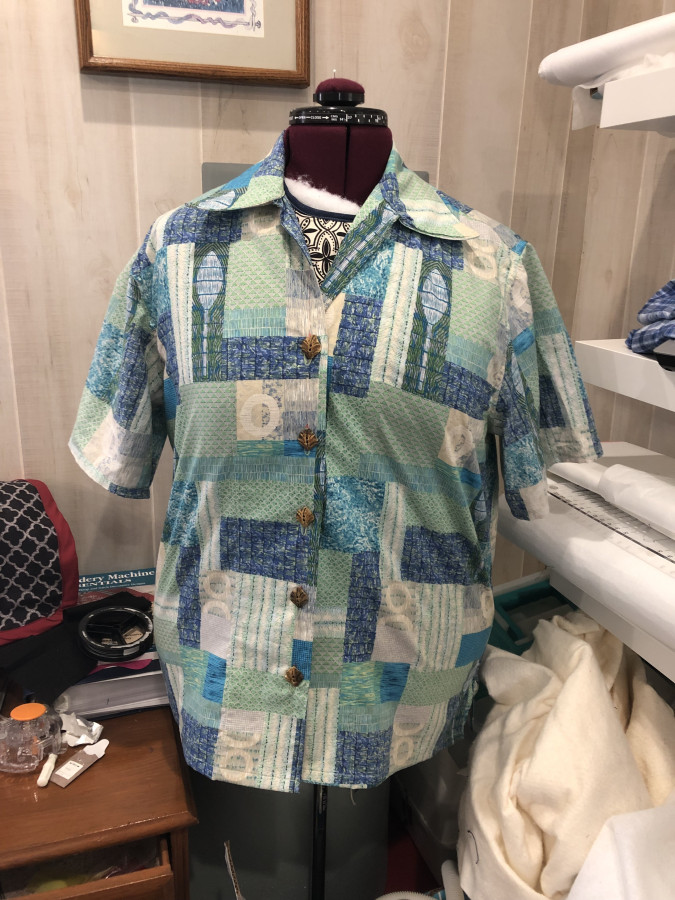 this was the first one - fabric was from a "famous hawaiian designer" from fabric mart. this was my muslin - it fits, but not quite well enough. 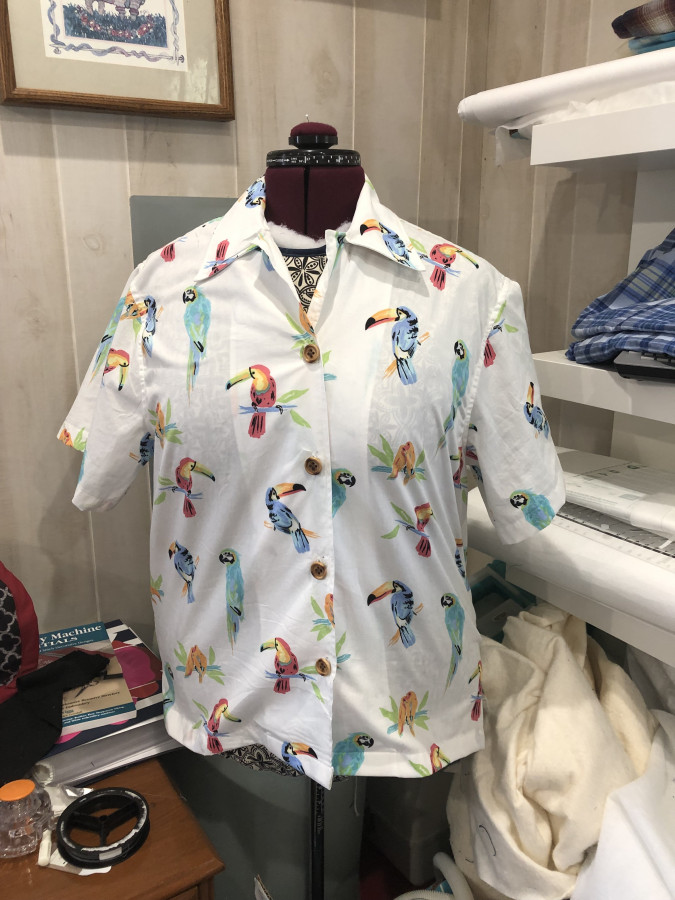 2nd attempt. fit is better, but not quite there. i added 1/4" to the side seams.....it made the body fit my curves better, but i wanted a little more ease. the collar is better - i didn't like the pattern instructions; too much hand-sewing. i basically used the simplicity dress shirt's directions - i like the finish the yoke-burrito gives you. fabric is from the same lot from fabric mart as #1; i have enough left to make herself a top, too. 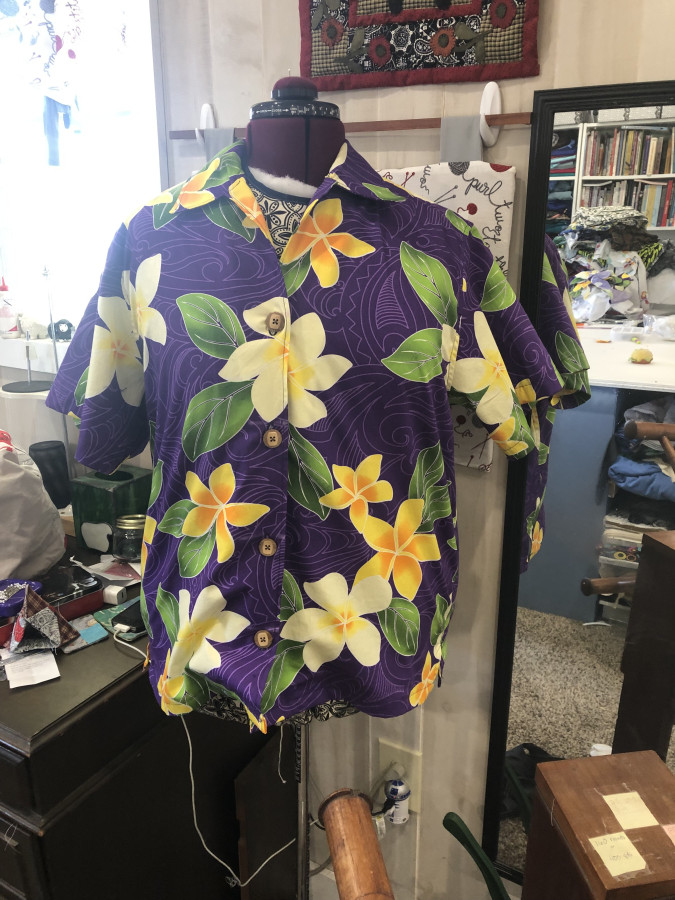 this one.......my favorite. the fabric is from hawaii - it's cotton, it's a nice mid-weight, and it is lovely. i have 2 more pieces i need to sew up.....anyway. i added 1/2" this time, instead of 1/4", and the fit is exactly what i wanted. loose, comfy, and iconic. i did move the buttons to the other side.....silly, but i wanted to emphasize it was a women's shirt. i'm not sure if the other 2 pieces will end up as this pattern, though, as herself and i went in together and bought 2 used lutterloh sets. 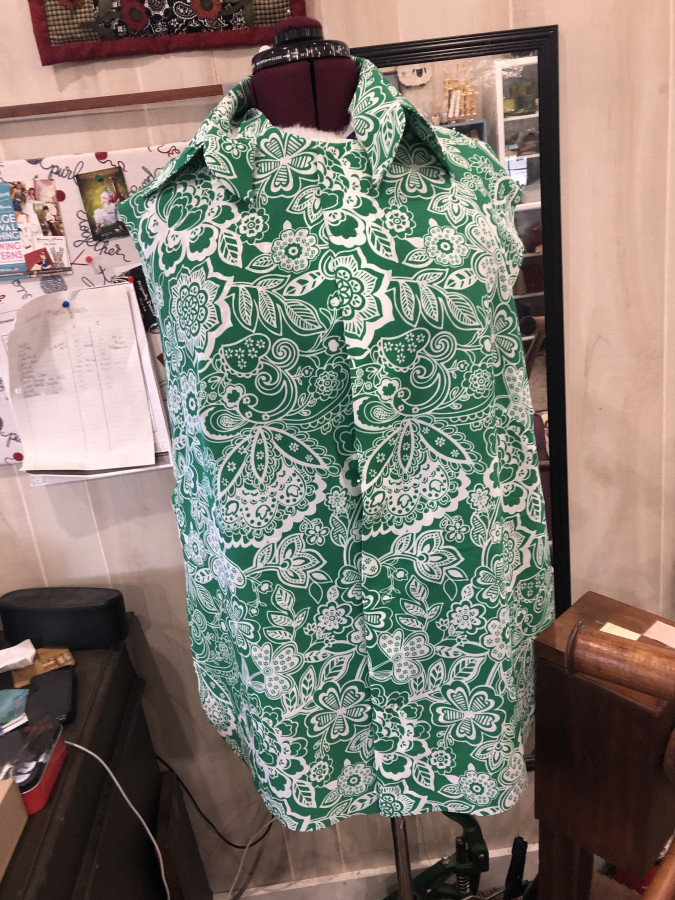 which...here's my first attempt at a lutterloh shirt for me (i made up a tank for herself, but it needs a little more work. the first book is from 1980....and i had to lower the neckline/armscyre/bust dart. i should have just lengthened the shoulder straps.......) this pattern is from the current supplement; lutterloh is interesting as you get a book of 40 tiny patterns that you have to draft to your size. it's not a perfect fit - you still have to make your normal alterations - but it's closer than commercial patterns. and cheaper - 40 patterns for $20. (if you're interested, try to find an older set - the new sets are about $130; we scored 1 set for $30 (280 patterns) and the other for $42 (280 patterns) Supplements are $20-ish.......all you really need are the supplements and the ruler. instructions are on-line - it's easy. and fun. and faster than tracing, for me.) we'll see how it fits, once i get it done.

think that gets you up-to-date....later!

This entry was originally posted at https://fiberaddict.dreamwidth.org/917127.html. Please comment there using OpenID.
Collapse