Not. I did the math - Texas has a popular of 28.7 million. There have been 2817 reported cases - which doesn’t mean what you’d think. EVERYONE that goes to the E.R. is given a test - even if they go for something totally non-related. This is reported as a “pending positive” test.....anyway. Doing the math, the percentage of “positive” cases for Texas is .000098153. That’s not even half a percent.


Here’s a photo from the 1989 edition of the AMA Encyclopedia: 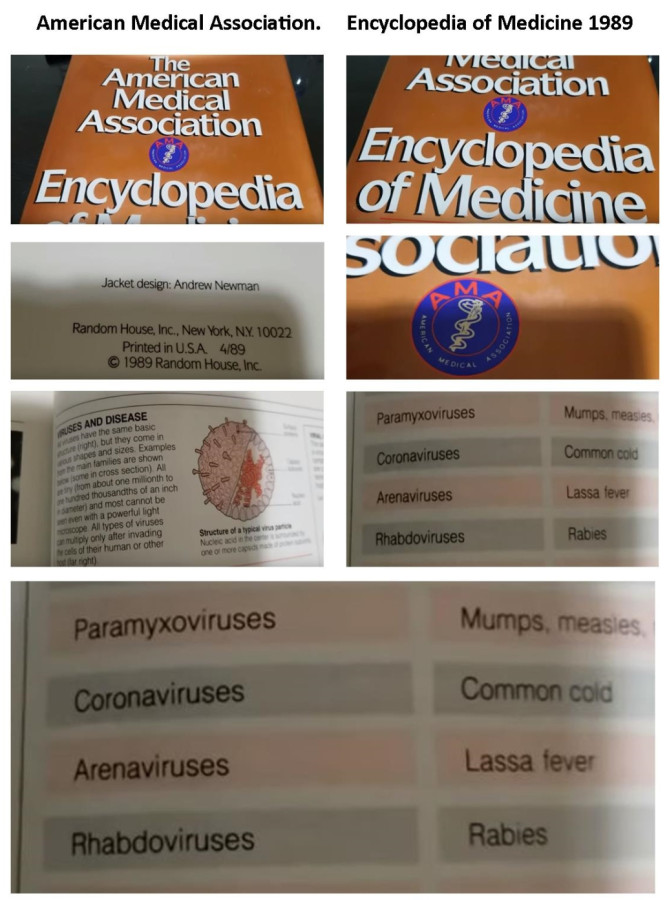 No, I am not living in fear. I am living like I normally do in cold and flu season. The media-driven panic is over the top, and honestly? The “social distancing” and shelter in place stuff is killing the economy. Please tell me how telling people to stay home UNLESS they need to go to the grocery store, liquor store, fast food drive thru, etc. is actually helping. Because if the goal was to ACTUALLY do some to stop the spread, then NO ONE should be allowed any face-to-face contact; everything should be ordered and paid for on-line, with delivery to your porch, and you get it after the driver is safely away. This? Isn’t going to stop much of the spread. And doubling the number of people on unemployment in a WEEK isn’t good......plus the suicide rate is on the rise. But let’s believe the media, right? If it saves even 1 life.....who cares about suicides or domestic violence victims, right? /sarcasm

But go ahead and tell me I’m uninformed (just because I don’t watch the mind-numbing twaddle that is the news doesn’t mean I’m uninformed. I have access to all sorts of news sources, thank you very much.)

In other, actual news: Himself has started sewing. He’s made me a new hip holster (bag - no firearms involved) and is working on a robe for himself. A vintage Folkwear pattern was probably not the best for a 2nd project, but he’s doing well. He inherited Granny’s machine, so it looks like I’ll be getting it tuned up for him soon (he’s using mine right now; I was using hers/his, but it isn’t keeping tension.)

We picked up a pair of heavy lifting gloves for me, to protect my wrist when I get back to the gym. Academy was doing decent business, even with only allowing 25 people in at a time. There was a steady line, so there’s a lot of folk out there trying to live normally.

Off to menu plan for Pesach - it’s next week!

This entry was originally posted at https://fiberaddict.dreamwidth.org/922421.html. Please comment there using OpenID.
Collapse