Let's start with Herself, OK? I'm SO proud! (OK, so it's not a style or fabric *I* would have chosen, but that's OK. She did a pretty good job!)ETA - the blouse is bought; we haven't found a good pattern yet. 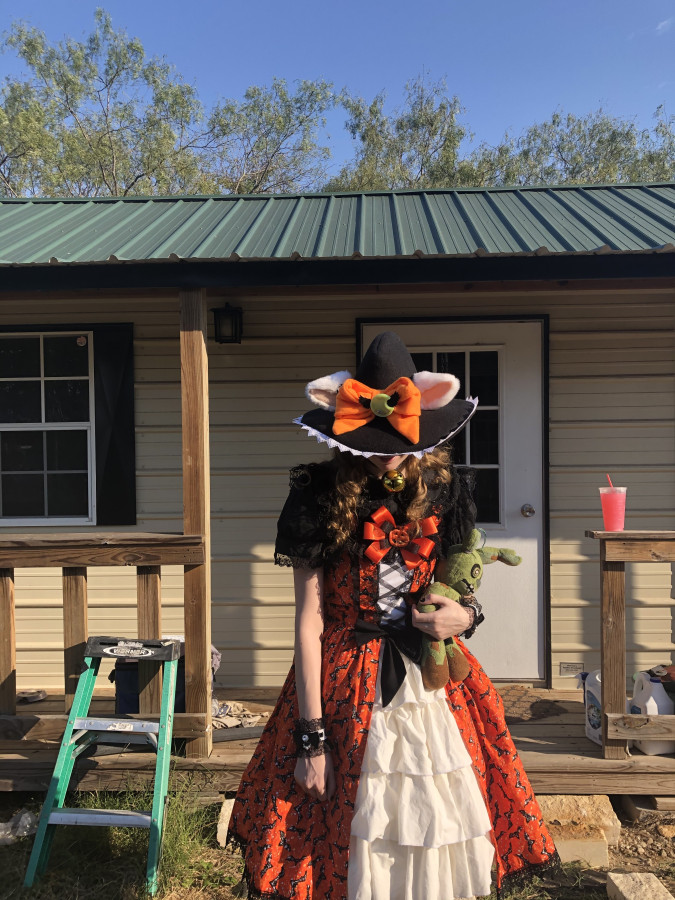 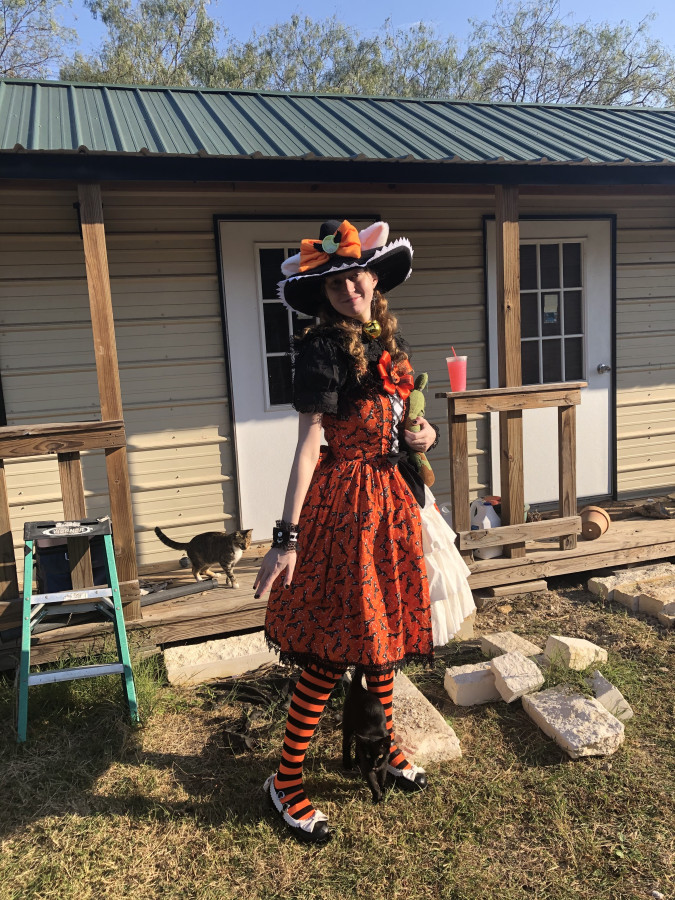 Dress pattern is the infamous Simplicity 8444 ("infamous" because a bunch of Lolita's got their petticoats in a twist; seems that a large company can't put out a Lolita dress pattern without "stealing" it. Um. Yeah. Whatever. :lol:). The pattern is OK, the instructions....are a little bit obtuse. Herself didn't want to "wing it" - she wanted to follow the instructions. She ended up winging part of it, because neither of us understood what the instructions said. I knew what we were supposed to end up with, so I talked her through, and I serged all the edges (my serger intimidates her.) We added the waist ties; she cloned a pair from one of her purchased dresses.

The major difference in ours and the pattern, though, is that I did a rolled edge on the underskirt ruffles. The pattern wanted a 1/8" hem.......right. MUCH easier to simply let the serger roll it. Also, the pattern doesn't have you finish the raw edges of the TOPS of the ruffles......:shrug: I did a fast serger edge and we went from there.

The hat is from Choly Knight; it gave her a bit of trouble, but she did ALL of it herself.

Now, for my turn: a closeup of Himself's finished scarf! Pattern is the by now ubiquitous among knitters "Irish Hiking Scarf". Yarn is something-something Shepherd's Wool I got at Tuesday Morning a.....few......years ago. It's nice; not super soft, but bouncy. The marbling kinda hides the cables, but it looks really, really nice.

Oh, and one more photo of what I had to put up with this morning while heading out to my Studio: 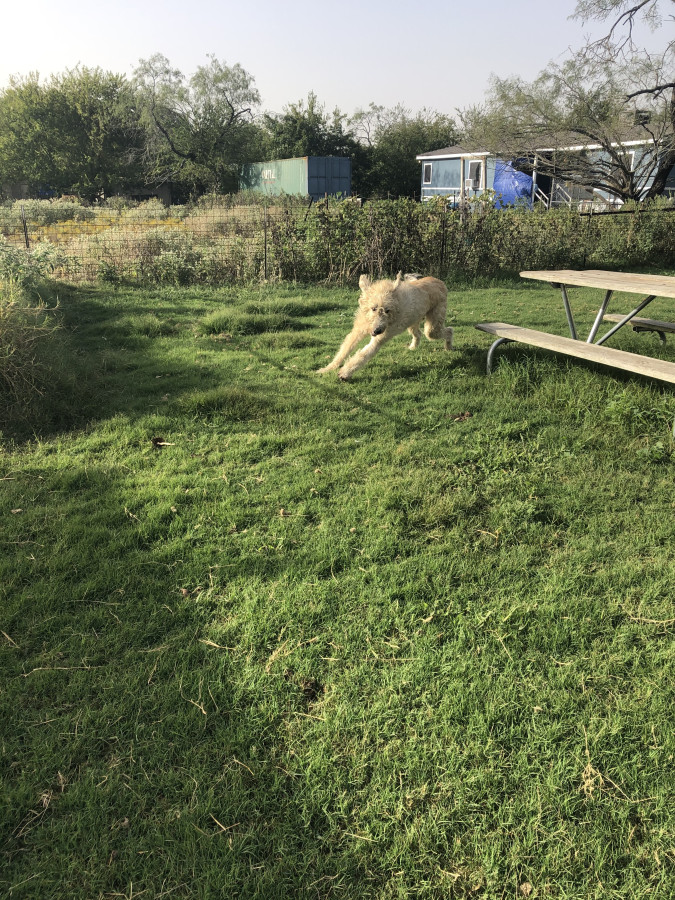 ALL the dogs had the "zoomies" this morning. I was able to capture the Dunnelstan in full zoom. :lol: I spared you the joy of having him AND Chloe running into me......THAT was fun. At least I didn't fall!
Collapse