We started March the usual way - by picking up a load of chicks. We started with 20; lost 2 the first few days. That's normal....actually, it's better than usual. Day-old chicks spend their time looking for ways to die. :sigh: Any way, we have 9 Sapphire Queens, 4 Silver-laced Wyandottes, and 5 Cinnamon..something or other. They've grown quickly, and we are planning on moving them out today/tomorrow. 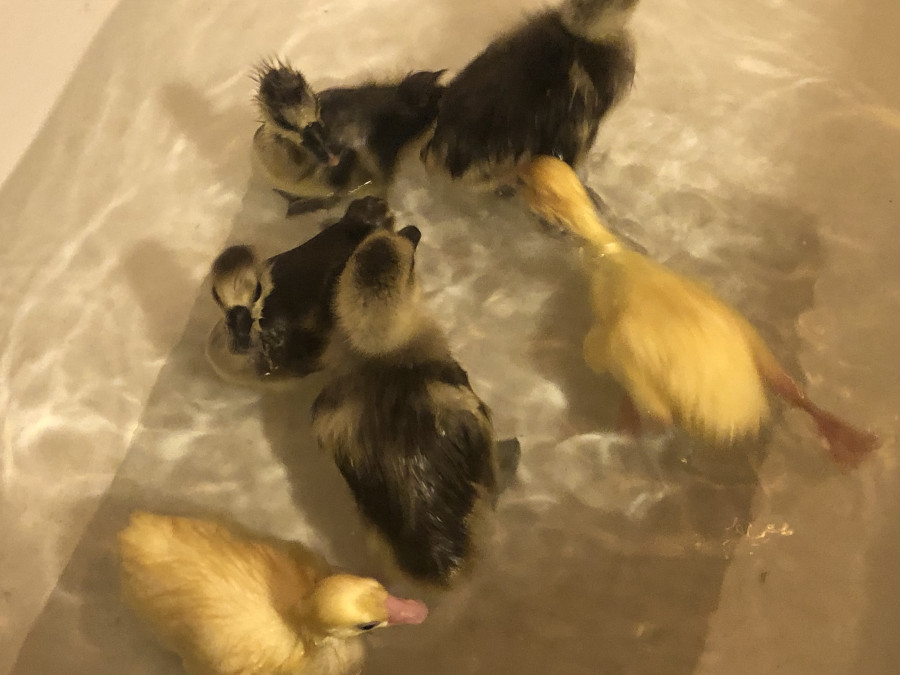 They're cute, but BOY HOWDY are they MESSY. And huge, comparatively speaking. So far, they are sweet...we'll see how long that lasts. :lol:

This explains last weekend's project - I built (with a little help from the husband) a fledgling hut. We'd been using dog crates, but.....they were not going to hold 24 birds. One of the mobile homes down the street has been sold to a flipper; the rehabbers told me I could rummage thru their trash pile if I wanted. I scored some skirting (tin!) and 2x4s.....after a quick trip to pick up some used pallets, I was set. It took all day Saturday, and a couple of hours Sunday, but we now have a fledgling hut (or, as we call it, the "Fluffly Butt Hut". :lol:)
Total out-of-pocket expense: $60. 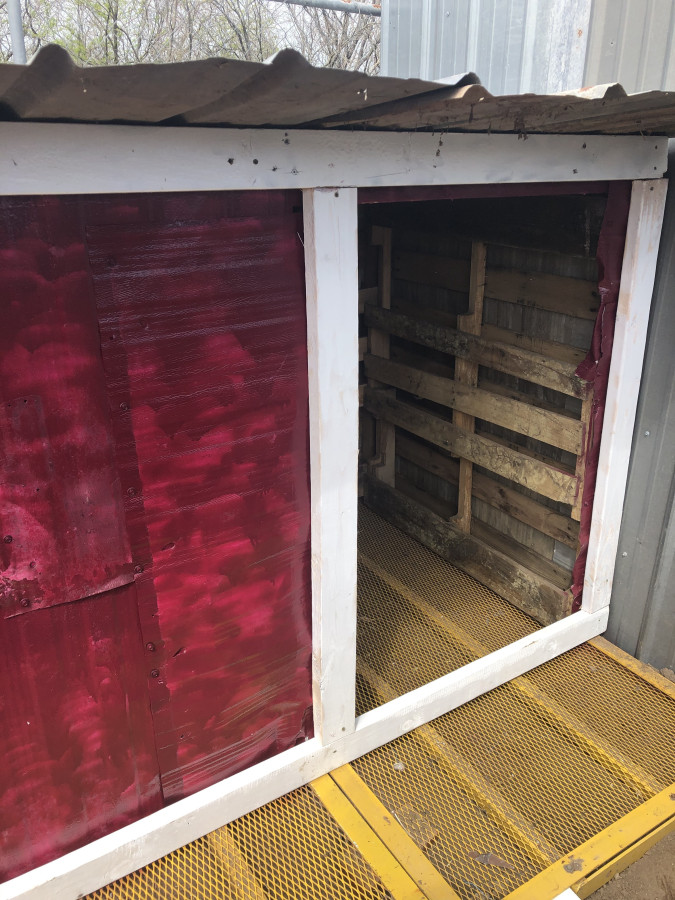 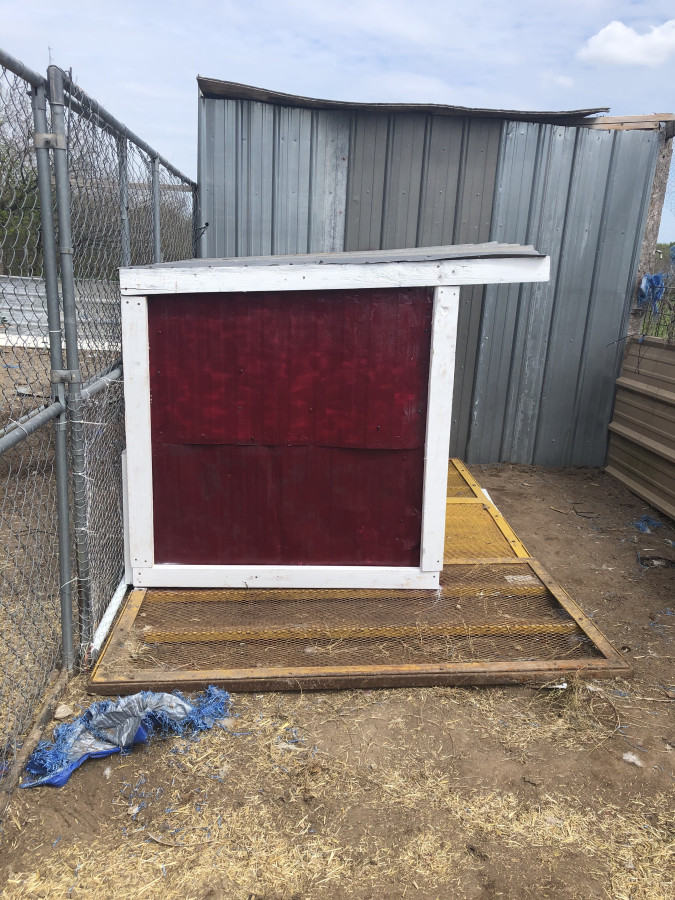 I have more than enough pallets left to build a goose hut - I need to get more skirting first. For now the goslings will live with the chicks.

Last week, Zoe lost her kids......5 weeks early. I've been trying to bring in her milk, but it's just not working. :sigh: Hopefully the other does will carry to term - we need the milk!

It hasn't all been work, though - I've been knitting as well. I already showed you the Birds of Paradise mitts, now I give you: Dreidle Socks! The yarn is Blue Moon Fiber Arts BFL in the color way "Dreidle"; the pattern is Cookie A's Cubist Socks. I then knit up a pair of mitts for Herself - another pattern by Kulabra, this one called "Frozen Songs". I dyed the yarn to Herself's specifications - Soot and Fire, and........here are her Firebird Mitts: I was over the pattern halfway thru the first one.....:lol:

I've started a pair of socks, but you'll have to wait for photos. Since I actually started them in April, I'll save it for the April posting. :lol:

One more photo - this one is the resident Dragon King, Iroh. Herself made him a hat......he is NOT amused: 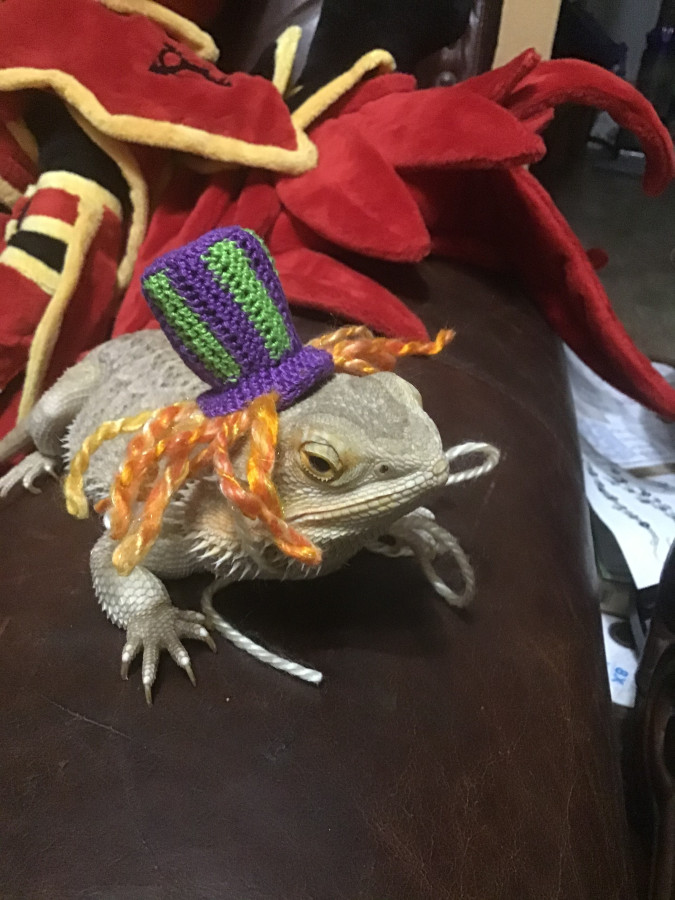 Today is grocery day, then we have to fix the run so the chicks/goslings will be safely contained. I'll try to get photos of them outside.......
Collapse